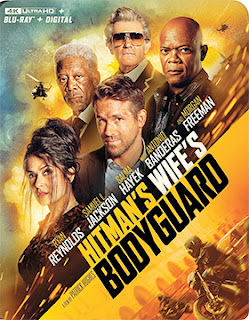 The ARR comes in at an insanely-quick 60 days.

Box office receipts currently stand at $35 million down from $75.4 million for the original Hitman’s Bodyguard back in the summer of 2017.   With a reported production budget north of $50 million, these results appear to be somewhat disappointing … perhaps home entertainment can cut into the red ink generated thus far.

Planned for release are Combo Pack editions for the 4K Ultra HD (with Blu-ray) and Blu-ray (with DVD) formats, plus a stand-alone DVD edition.

There do not appear to be any bonus features.