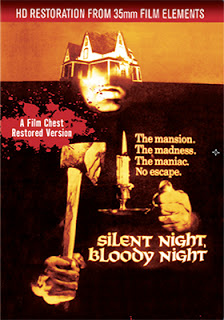 Well that came as quite the surprise.  And what would that be?

Late last week The Film Chest announced that work had been completed on the restoration of late writer/director Theodore Gershuny’s 1972 (rereleased in 1974) misunderstood horror classic, Silent Night, Bloody Night.   It will be heading to the DVD market place in December.

Collectors who have PD copies (and the film is in the public domain) — there have been numerous versions released on both VHS and DVD — can look to Dec. 10 as window for the opportunity to replace their inferior copies with this restored version (from original 35mm source material).   At a suggested SRP of just $11.98 (before discounts at retail) you would be nuts not to snap this up!

What makes Silent Night, Bloody Night particularly interesting is the original release date for the film.   The tip off for the earlier 1972 (self-distributed) theatrical release window is the film antecedents of cult icon Mary Woronov, who appeared in back-to-back films directed by Gershuny (and produced by future Troma Studios founder Lloyd Kaufman).  Silent Night, Bloody Night is attributed as being filmed and released prior to the 1973 release of Sugar Cookies. 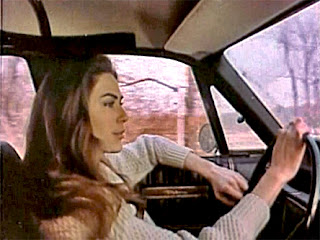 The film deftly juggles a critical incestuous plot element (a nice nod to Hitchcock’s Psycho), a well-crafted haunted house tale — complete with an unseen voyeur (Black Christmas came after Silent Night, Bloody Night) — and a twist ending like none other … and we mean, LIKE NONE OTHER (if you’ve seen this gem, then you will know the role that certain important citizens of Arlington, Massachusetts play in the film’s clever reveal). 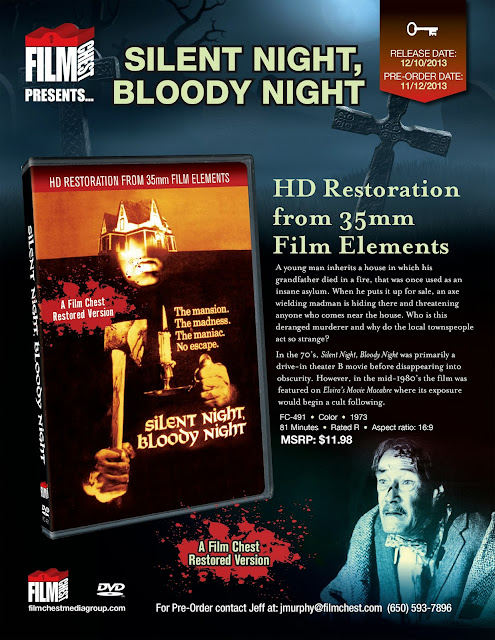 Posted by DVD & Blu-ray Release Report at 8:24 AM No comments:

Paramount Home Media Distribution's Ghost Team One On DVD And Blu-ray On Dec. 17 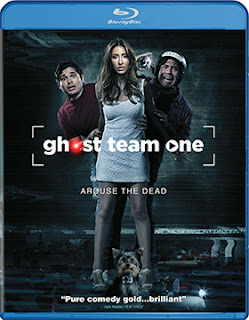 Paramount Home Media Distribution has added Blu-ray and DVD editions of the Film District production of Ghost Team One to its Dec. 17 home entertainment release calendar.

Ghost stories mix well with either horror or comedy.   Hauntings, ghostly aberrations and things that go bump in the night can swing both ways — terrifying or funny.   For filmmakers Ben Peyser and Scott Rutherford, making their theatrical co-directing debut here, they have chosen comedy for their haunted house tale.

It is obvious from the get-go that Brad (J.R. Villarreal — Akeelah and the Bee, The Death and Life of Bobby Z, etc.) and Sergio (Carlos Santos) have only one thing on their mind with the parties that they throw at their aging Victorian-style home in Los Angeles … SEX!

At the latest shindig, with tits a’flashing and the booze flowing freely, all hell breaks loose with some sort of paranormal encounter.   It could easily be dismissed as either the house shifting or the alcohol speaking (or both), but when over-the-top sexy party guest Fernanda (Fernanda Romero) suggests that it is ghosts — and that she would just love to investigate — the boys are all in! 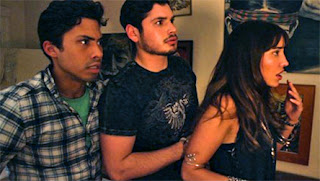 They have secret webcams stashed throughout the house (to record the action) and quickly adapt the presence of these sex-related spy cams as ghost-cams for the “documentary” that they have been working on.   Yeah, right!

But when the ghost turns out to be real and Fernanda is not the easy score that Brad and Sergio envisioned … they suddenly have their hands full with waaaaaaaay more than they can handle!

Posted by DVD & Blu-ray Release Report at 8:19 AM No comments:

FilmWorks Entertainment's Against The Grain Debuts On DVD On Jan. 14 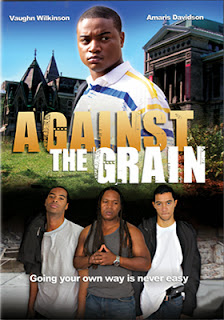 In this very personal story, Isaiah Johnson (Vaughn Wilkinson) is a gifted student from the mean streets of Oakland, California who has fought his way to his first year in college — his dream is to be a neurosurgeon.  It is a strange, yet exciting world for him … and therein lies the conflict.   Does he embrace the future and all the potential that it may hold, and in doing so move beyond his childhood friends — friends with a street culture that grows more alien with each passing day.

Against the Grain is a smart film … very much with a heart.  Bonus features include cast interviews. 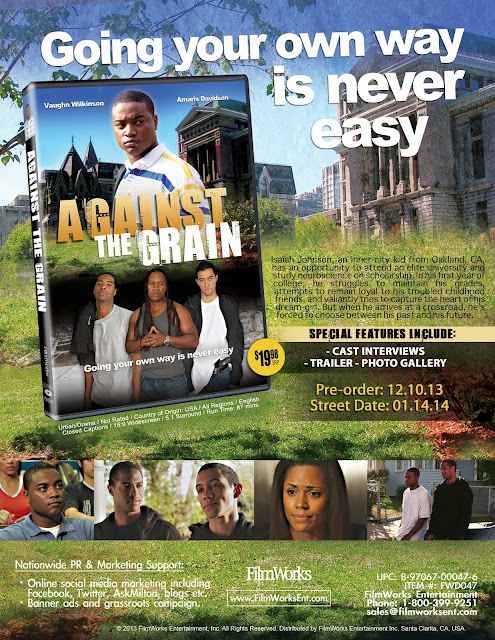 Posted by DVD & Blu-ray Release Report at 8:15 AM No comments:

Email ThisBlogThis!Share to TwitterShare to FacebookShare to Pinterest
Labels: DVD and Blu-ray Release Report, FilmWorks Entertainment's Against The Grain Debuts On DVD On Jan. 14

Mother Of George On DVD And Blu-ray From Oscilloscope Laboratories On Feb. 4 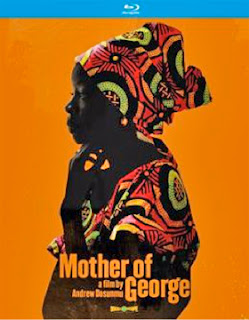 A story that would go unnoticed in the hustle and bustle of New York City (eight million stories, you know) comes into an emotional focus in director Andrew Dosunmu’s Mother of George, an award-winning look at the culture, pressures and intimate lives of West African immigrants Ayodele (Isaach De Bankolé) and Adenike (Danai Gurira).

Blu-ray and DVD editions have been announced by Oscilloscope Laboratories for delivery to the domestic market place on Feb. 4, 2014.   The ARR is 144 days and the arthouse theatrical showcase generated ticket sales of $137,500.

The two are young and in love, but as they attempt to build a family — the pressures from the relatives are omnipresent and culturally suffocating — they find, despite their ongoing best efforts, to be unsuccessful in their endeavors.   They own a small (Nigerian) restaurant and by any “reasonable” standard, they would be successful, but without offspring their marriage; their lives … their very existence is at question.

Bonus features include filmmaker commentary and the featurette titled “A Human Story.”

Email ThisBlogThis!Share to TwitterShare to FacebookShare to Pinterest
Labels: DVD and Blu-ray Release Report, Mother Of George On DVD And Blu-ray From Oscilloscope Laboratories On Feb. 4 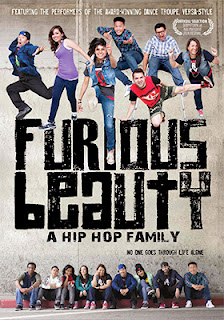 Cinema Libre has selected Dec. 10 as the DVD debut date for documentary filmmaker Calvin Leung’s Furious Beauty: A Hip-Hop Family, an intimate look at the “dance family” created by teachers and dance artists Miss Funk (aka: Jackie Lopez) and Breeze-Lee (aka: Leigh Foaad).

You learn quickly that writer/director Calvin Leung knows his material.   Indeed, he understands the culture, the people and knows how to tell the story of the Versa-Style Dance Company so that even the uninitiated are drawn into — and appreciate — the work, the discipline and the love and care that Lopez and Foaad have poured into their endeavor.

At the core of it are kids — high school kids from Los Angeles; often at risk — who have come together to be part of the Versa-Style Dance Company.  Here they’ve learned to express their lives, the things they know (perhaps not fully understood) and the frustrations they face through dance.

Filmmaker Leung takes us through (think: Fame) the inner-workings and preparations for their own dance production — it’s hard work that builds not only confidence and self-esteem, but in the end … a sense of family. 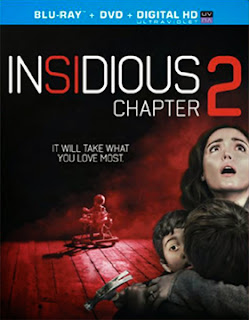 Film wunderkind James Wan, whose blockbuster hits (Saw series and Conjuring) have been successfully handled by the likes of Lionsgate Home Entertainment and Warner Home Video, will be looking to Sony Pictures Home Entertainment to handle the sales, promotional aspects and distribution of his latest, Insidious: Chapter 2.

The decision, leaked to online retailers late last week, is to go with a “graveyard” release of Dec. 24 for DVD and Blu-ray/DVD Combo Pack (with UltraViolet) editions.   An interesting release move that yields an ARR of 102 days … the domestic box office take was an impressive $82.1 million.

Posted by DVD & Blu-ray Release Report at 8:04 AM No comments: 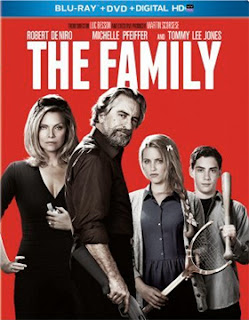 20th Century-Fox Home Entertainment will be joining the very crowded hit-parade party on Dec. 17 (six films grossing in excess of $25 million are lined up for release on this date) with news this past week that director Luc Besson’s film adaptation of Tonino Benacquista’s crime novel, “Malavita” — retitled for the screen as simply, The Family — will be available as either a Blu-ray/DVD Combo Pack (with UltraViolet) or a stand-alone DVD.

The ARR is a swift-to-market 95 days and domestic ticket sales were $36.5 million for Robert De Niro/Michele Pfeiffer film vehicle.  Bonus features included on Blu-ray/DVD Combo Pack SKU are a pair of featurettes.