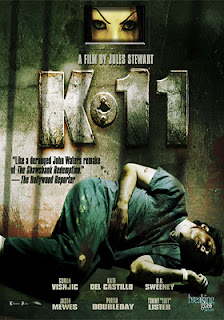 Back in 1997 filmmaker Vincenzo Natali delivered the indie sci-fi/horror film, Cube.  People suddenly awake to find themselves in a hellish prison of endless cube-like rooms where there seems to be no escape.   They have no idea how they got there, but they soon learn that it is an insane place to be.

It was a cool little film, but you knew it was a horror story … couldn’t really happen in the “real” world.

Now imagine the surprise on Ray Saxx, Jr.’s face (played by Goran Visnjic — Beginners, Long Dark Night, Closer Your Eyes, etc.) when he awakes — after a night of, well, he can’t remember, but he must have some fun — to find himself in a surreal prison setting.  It must be the Los Angeles County jail he reasons, but there’s just something very odd about it.

On Apr. 23 Breaking Glass Pictures will serve up DVD and Blu-ray editions of director Jules Stewart’s K-11 (a showcase theatrical break is planned for Mar. 15 to raise critical awareness).   A murder mystery wrapped in a horror tale … a very strange “horror” tale.

Now any reasoning person would ask, “what have I done and why am I here.”   Murder and you are awaiting your preliminary hearing is the answer.   He’s so messed up on drugs and alcohol that he hasn’t even been questioned … no lawyer yet either.  Of course, this should be a pretty routine story … you’ve seen various versions of murder and arrest endlessly on Law and Order reruns, but K-11 is anything but routine.

The “K-11” section of the Los Angeles County jail is where they separate the male transgender and gay inmates from the general population — for their own safety (feel free to chuckle here if you see the irony in that).  Somehow Saxx finds himself transferred into this “special place” from the substation where he was first booked and as he sobers up he desperately wants out.

After all, there’s Mousey (played by Kate del Castillo — Under the Same Moon, American Visa, Without Men, Weeds, etc.), a hell-on-wheels T-Girl; violent, aggressive and awaiting trial for assault and battery.   She runs the place … she breaks heads and makes “new friends.”  He wants nothing to do with her (him).

He’s in a world of rapists, molesters, liars and habitual repeat offenders who call K-11 their home away from home.  Also in this place Saxx soon discovers a sweet young teenager named Butterfly (Portia Doubleday — Mr. Sunshine, Big Mommas: Like Father, Like Son), he figures she too has been put in the K-11 lockup by mistake — he doesn’t belong there; she doesn’t belong there — but looks can be deceiving … really deceiving!!!

The simple solution is to find the head guard, have a nice quiet chat and explain the crazy little paperwork mix-up.   Just one problem, Gerald Johnson (D.B. Sweeney) runs K-11 and he’s as whacked and corrupt as the inmates he’s in charge of … Saxx is indeed in a real-life “cube” and navigating a way out of it could be a real life and death challenge! 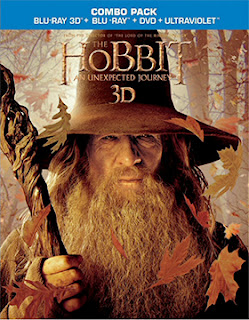 The ARR is a quick-to-market 95 days and the current box office count stands at $296.2 million in domestic ticket sales.

A magnificent extension to The Lord of the Rings series and with its box office performance the two following sequels — The Hobbit: The Desolation of Smaug (Christmas season of this year) and The Hobbit: There and Back Again (currently projected for a release during the summer of 2014) — should have eager audiences lined up and waiting for this film trilogy adaptation of J. R. R. Tolkien’s The Hobbit.

As to SKU composition for the Mar. 19 home entertainment launch, Warner Home Video has three viewing options planned.   There will be a 3D/2D Blu-ray-DVD Combo Pack, a Blu-ray/DVD Combo Pack and a double-disc DVD edition for fans to choose from.   All three SKUs will include UltraViolet.

As to bonus goodies, all three SKUs will include roughly two-hours of material from Peter Jackson’s Production Videos — “Start of Production,” “Location Scouting,” “Filming in 3D,” “Post-production Overview” and the “Wellington World Premiere.”

Posted by DVD & Blu-ray Release Report at 7:25 AM No comments:

Virgil Films & Entertainment To Release Shelter Me On Apr. 23 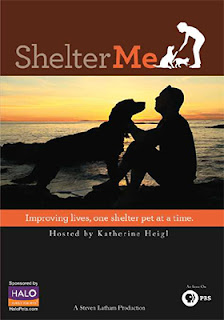 Virgil Film & Entertainment has Apr. 23 as the DVD debut date for documentary filmmaker Stephen Latham’s Shelter Me, a feel-good — true-life story — about redemption, salvation and healing (you’ll need a box of Kleenex for this one).   They are mutts; strays … you see them wandering the streets looking for their next meal.  It’s sad and heartbreaking.  They need homes and love.

Latham follows two such dogs (narration is by Katherine Heigl) — the lucky ones — who end up in a shelter waiting to be euthanized, but are rescued by a unique program that has women in prison train and care for these sad cases so that they can find homes and eventually, with their training, help people with disabilities.   It’s a win, win, win … all the way ‘round. 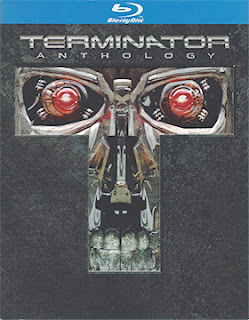 There’s a pattern to how the studios approach things; a rhythm.   Warner Home Video has announced a blend of collectibles, Kidvid and TV releases, which is almost always a signal that some major New Theatrical announcements are on the way.   They clear the decks with a one-two punch!

Topping the list is the Mar. 26 Blu-ray collection titled The Terminator Anthology, which features all four films in The Terminator series in a collectible five-disc box set.  The fan-pleasing array comes loaded with extras, including film commentaries, deleted scenes, featurettes and a director’s cut of Terminator Salvation.

Also on the collectible list are two new classic theatrical cartoon collections debuting on DVD.   The First is Looney Tunes Super Stars: Sylvester & Hippety Hopper – Marsupial, which streets on Apr. 23 and includes a dozen animated shorts from the 1940s and ‘50s, including Hop, Look and Listen from 1948 and Hoppy-Go Lucky from 1952.

The second is the Mar. 12 DVD collection titled Tom & Jerry's Musical Mayhem, a package that showcases seven classic Tom & Jerry theatrical cartoons … and is priced to own at just $9.98. 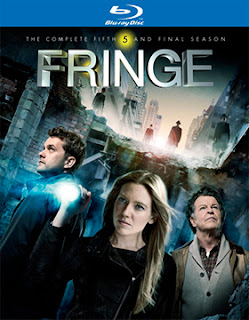 On the TV series front, Blu-ray and DVD sets of Fringe: The Complete Fifth Season will be available for genre fans to own on May 7 and from the vaults look for Maverick: The Complete Second Season (a six-disc set) on Apr. 23 and Rizzoli & Isles: The Complete Third Season (a three-disc collection) on May 14.

For the Kidvid market, LEGO: Batman Movie streets on May 21 as both a Blu-ray/DVD Combo Pack (with UltraViolet Digital Copy) and as a stand alone DVD SKU, plus there will be DVD product offerings of LEGO Ninjago: Masters of Spinjitzu - Season Two (Mar. 5), What's New Scooby-Doo: The Complete Second Season (a double-disc set on Mar. 19), Tom & Jerry Kids Show: The Complete Season One (also a double-disc set, Apr. 30) and The Best of Warner Bros. Cartoon Collection: Hanna-Barbera (a three-disc box set will be available on May 21).

Posted by DVD & Blu-ray Release Report at 7:10 AM No comments: 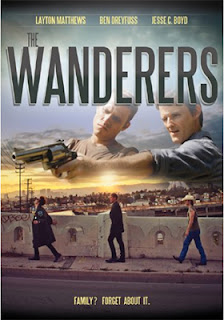 Layton Matthews, the writer, director and co-star of The Wanderers, has fashioned a nifty little puzzle box of a mystery that FilmWorks Entertainment will be bringing home on DVD this coming Apr. 23.

He plays Leelan, sort of a small town Texas hick; a good old boy.  Into his calm and simple world of country living comes his estranged older brother, Ben (Surprise, Surprise, The Craving, etc.).  He hasn’t seen him in ten years and the only reason he’s is town is attend their mother’s funeral.  There’s a history between the two, but we are not privy to it.

No sooner have the words “ashes to ashes, dust to dust” been uttered when Ben gets clocked in an auto accident and ends in a coma at the local hospital.  When he awakes, he hasn’t a clue as to where he’s been or who he is … so it falls to Leelan, as his “next of kin,” to help him try to piece things back together again.

Now the road trip the two embark upon is one that you suspect is — as the ride along observer of the story — one that Leelan should skip; just leave things as they are.  The whole thing doesn’t quite feel right … it’s as if Ben is playing a game.   Maybe he does have amnesia and maybe he doesn’t.

In any case, the two soon find themselves on the streets of Los Angeles, where they meet Coyote (Ben Dreyfuss, yes, the son of Richard Dreyfuss), a self-styled survivalist, operator of an underground (and way off the grid) television channel and would be cult leader of the Legion of the Flying Monkeys.  It all seems a bit insane. 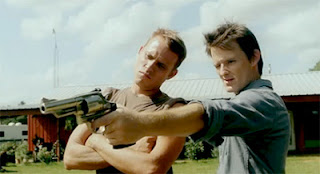 Throw in a sexy bartender named Melanie (Tiffany Connor), a shady club owner named Jacob Northington (David Kubiczky) and his more than lethal enforcer, Malaki (Tyrel Ventura), and you — again as the detached observer — get the feeling that this is déjà vu for Ben.

Bonus features include outtakes, extended and deleted scenes and a photo gallery.

Posted by DVD & Blu-ray Release Report at 3:04 PM No comments: