Breaking Glass Pictures' Out In The Open, Jan. 29

Actor-turned-documentary filmmaker Matt Smith has assembled an impressive line-up of actors, sports personalities, politicians and just everyday people for his insightful film about “coming out,” Out in the Open. 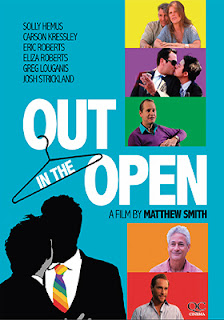 Included in the mix of people — both gay and straight — discussing their lives and the impact of sexual identity issues are the likes of Josh Strickland, Greg Louganis, Keaton Simons, Cassandra Church, Carson Kressley and tough guy Eric Roberts, who is joined by his wife Eliza (Garrett) Roberts for a candid session about their daughter.

Bonus goodies included on the DVD release of Out in the Open include a pair of production featurettes — “Lifeworks” and “OutSet Sizzle” — a blooper reel, photo gallery and extended interviews.

Email ThisBlogThis!Share to TwitterShare to FacebookShare to Pinterest
Labels: Breaking Glass Pictures' Out in the Open on Jan. 29, DVD and Blu-ray Release Report 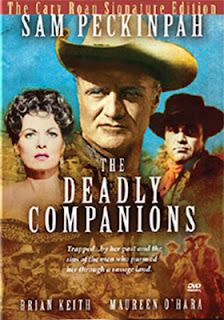 VCI Entertainment announced its first wave of February new product offerings this past week — a four-SKU selection of DVD releases that are set to street on Feb. 5.

Topping the list is iconic filmmaker Sam Peckinpah’s debut theatrical release, the 1961 Western, The Deadly Companions.   The restoration from VCI Entertainment presents the film for the first time in its proper theatrical aspect ratio of 2.35:1.

There are also two new volumes of Brit comedy starring pre-war and post-war giants, Will Hay and Norman Wisdom.   The early works of Will Hay are showcased in Will Hay: Double Feature, Volume 2, which teams Windbag the Sailor (1936) with Good Morning, Boys (1937).

Rounding out the Feb. 5 release package is the animated DVD release of Children's Heroes of the Bible: New Testament — a collection of different seven stories.

Posted by DVD & Blu-ray Release Report at 8:00 PM No comments:

All Screwed Up From Indican Pictures, Feb. 12 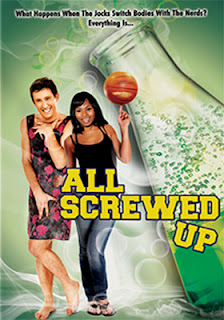 High school years can be heaven or hell.  Hormones raging, clicks forming and the last years of absolute freedom before decisions must be made and all those things that follow … career, family and, well, life in general sort of just sort happen.

In Neil Stephens’ comedy, All Screwed Up — due out on DVD from Indican Pictures on Feb. 12 — the current high school year for two mismatched teens, Teenisha (Chyna Layne — Precious, Deceptz, The Eddie Black Story) and Pete (Jake Waldman), could be a real life changer.  No wait, it is a real life changer!!!

Teenisha is black … shy, an outcast and if awards were given out for being the most unorganized student in school, she would win hands down.

Pete is white and if you pick a sport, he’s the star of it, especially basketball.  College is in the bag, he dates a beauty queen and everything in his life is organized.
Absolute opposites.  So what happens when a Namibian Elephant Beetle gets loose and bites them both?  That’s right, it’s their own “freaky” Friday as their souls are magically switched.  White/black; male/female … everything is upside down!

Posted by DVD & Blu-ray Release Report at 5:44 PM No comments:

Email ThisBlogThis!Share to TwitterShare to FacebookShare to Pinterest
Labels: DVD and Blu-ray Release Report, Indican Pictures' All Screwed Up Feb. 12

Calendar of $25 Million-Plus Theatrical Releases as of December 10, 2012 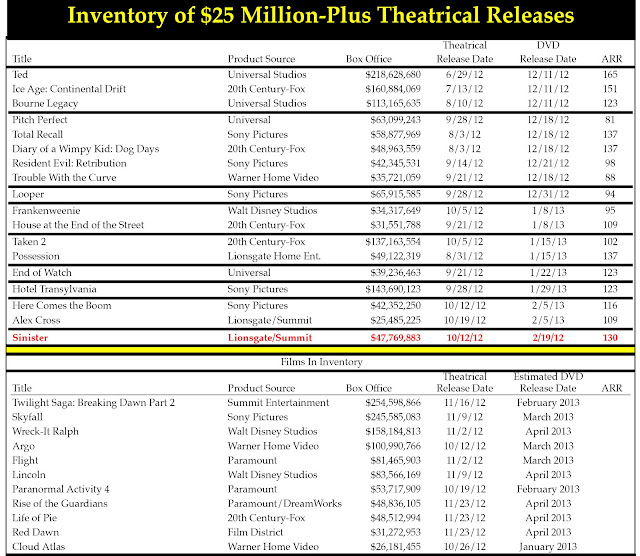 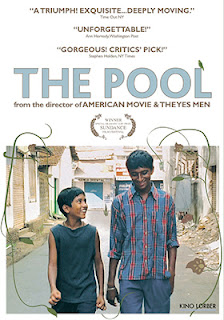 Kino Lorber steps up in February with a nifty blend of foreign language arthouse imports and a heart-pounding array of horror entries that will certainly please genre connoisseurs.

First up, the arthouse entries that will be making their domestic debuts on DVD.   We begin with the Feb. 5 arrival of American filmmaker Chris Smith’s Hindi-language import, The Pool.

The ARR is a long-in-the-tooth 1,614 days and the domestic box office take from the film’s limited arthouse run was $94,901.

The story, although set in the Goa region of India and presented in Hindi, could be from pretty much anywhere.  The fact that an American writer/director, known for his documentaries (The Yes Men, American Movie, etc.), made the film says as much.

It’s about class, education, status and the hustle.  How far can ambition and street smarts take you … and where is that point where the “stink” of the street defines just how far you can go?

In a documentary-like presentation, with characters seemingly playing themselves, we are introduced to Venkatesh (Venkatesh Chavan), a smart, but uneducated jack-of-all-trades worker at a local hotel who becomes enamored with the glistening swimming pool of a wealthy neighbor.   Step by step he ingratiates himself to the owner of the walled-off household, beginning as an unpaid helper, then gardener and more … but how far can he go?

A beautiful, even lyrical film; a study in contrasts … fascinating and long overdue for a home entertainment release. 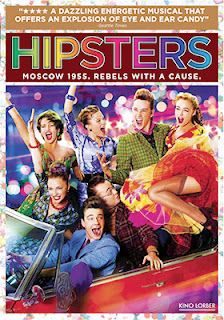 On Feb. 19 look for a truly one of a kind Russian-language import, director Valery Todorovsky’s Hipsters.   A musical drama set during the 1950s that explores a little known jazz-inspired counter culture that not so much flourished, but managed to eek out a survival in the cold, one-size-fits-all dreariness of the Soviet Union.

You have to think in terms of Martians trying to mimic life in the United States, but with garbled transmissions and incomplete data.  The result for these “aliens” proves to be an eclectic mix of bouffant hairstyles, wildly colored clothing (imagine: thrift store rejects) and saxophones.

The following week, Feb. 26, the arthouse selections conclude with documentary filmmaker Sophie Fiennes’ Over Your Cities Grass Will Grow.   This oddly-structured film mirrors, in many ways, the other-worldly life — and artistry — of performance artist Anselm Kiefer.   We get a first-hand tour of his studio — an art project onto itself — in the south of France (Barjac) and get to observe, if not “know,” the artist himself.

The ARR is 564 days and the box office take during the film’s limited domestic run was $44,264.
The other side of the February release coin from Kino Lorber is dedicated to all things horror.
Feb. 12 marks the arrival of four Blu-ray SKUs showcasing the work of Brit filmmaker Pete Walker.

We kick off the hi-def parade with the 1971 Susan George flick, Die Screaming, Marianne, filmed before she hit it big the same year with Straw Dogs.  Walker did this one on the cheap — not his best work, but over the years it has gained a certain cult status.

Kino Lorber has remastered it for the Blu-ray launch, plus there is commentary from Walker, who is joined by film critic and author Jonathan Rigby (“English Gothic: A Century of Horror Cinema,” etc.) and there is also a featurette titled, “Pete Walker: An Eye for Terror.”

By 1974 he had hit his stride with House of Whipcord, which is a curious blend of women in prison elements and torture for torture’s sake — it’s almost as if the script was written with the thought in mind to see what creepy things they could come up with to do this young woman and the next.   Sadistic, in a word.

House of Whipcord arrived domestically at the height of the Brit anthology horror craze of the early 1970s (Asylum, Tales from the Crypt, The House That Dripped Blood, etc.) and has everything in it that genre fans expect from films released during this period.

Bonus features include the featurette titled “Perversions of Justice” and commentary from Walker, who is joined by the director of photography, Peter Jessop.

The third film from Pete Walker making the transition to Blu-ray is the 1976 film release of Schizo (1977 domestically), a “slasher” flick starring Lynne Frederick (Phase IV, No Blade of Grass, Vampire Circus).

Bonus features include an interview with Walker and the featurette titled “My Sweet Schizo.”
Last in the mix is The Comeback, a 1978 haunted house thriller starring Grammy-winning singer Jack Jones as a down-on-his-luck singer (typecasting) who is being haunted by visions of his dead ex-wife. 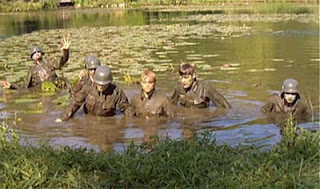