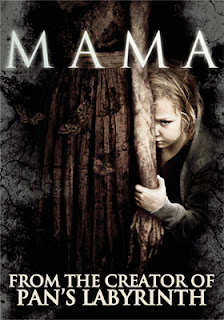 The ARR is 109 days and the scares drummed up from ticket sales during the film’s national multiplex run amounted to a stellar $70.9 million.

Posted by DVD & Blu-ray Release Report at 1:18 PM No comments:

The Victorville Massacre From Indican Pictures On May 7 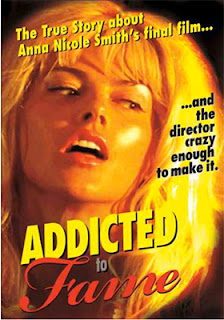 You sit there cursing all the “stupid” people for slowing down to look at the car wreck at the side of the road that has ground traffic to a halt.   And then you join them … gawk, gawk and gawk; you join the gawker’s block to see how bad the wreck is that has taken time out of your day and lengthened your commute.

On May 21, Virgil Films & Entertainment gives you the golden opportunity to enjoy a “car wreck” of epic proportions with the release of writer/director David Giancola’s behind-the-scenes footage for the 2007 sexploitation film, Illegal Aliens, which has been spun into the feature-length documentary, Addicted to Fame.

All you have to know about both films is the name Anna Nicole Smith.  She was the “car wreck” of a celebrity, famous for being famous, a Playmate of the Year — called “white trash” (and more) — who had cases about her marriage to a man old enough to be her grandfather go all the way to the United States Supreme Court (not once, but twice) and then died of an “accidental” drug overdose on Feb. 8, 2007 at just 39 years of age.

In retrospect it was easy to see the “Smith” car speeding down the road, wandering in and out of traffic and then SMASH!    What Addicted to Fame does so perfectly is to capture the “driver” behind the wheel on the way to the wreck. 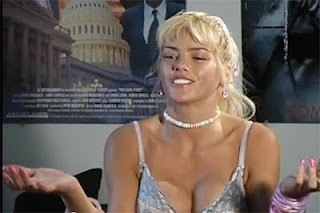 There are no heroes in this documentary, which exists only because Gaincola knew exactly what he was dealing with in casting, for purely exploitative purposes, Anna Nicole Smith in his sexploitation sci-fi comedy, Illegal Aliens.

Because of the casting of this particular “celebrity with public problems," the film could not obtain a completion bond (insurance), so he crafted insurance of his own, which took the form of a second film crew documenting the daily grind of making Illegal Aliens.   What you end up with is, well, a car wreck … so feel free to gawk (that’s what we do, right?).

Email ThisBlogThis!Share to TwitterShare to FacebookShare to Pinterest
Labels: Anna Nicole Smith, Virgil Films and Entertainment Gets Addicted To Fame On May 21, Writer/director David Giancola 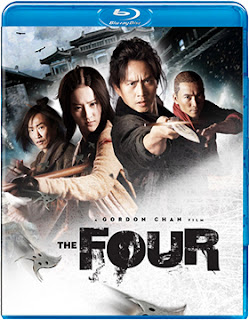 In the echo chamber of domestic filmmaking you hear certain names as being the top filmmakers (usually associated with Oscar nominations and commercial success).  Steven Spielberg, Quentin Tarantino, Martin Scorsese, Clint Eastwood and the like are the usual suspects.

There is no denying their work, but you won’t see on that list the name of director Gordon Chan.   Indie filmmakers should really start taking a good hard look at his work and add films such as Painted Skin, Mural, The Medallion and Fist of Legend as films to study for style, technique and, well, “slickness;” call it filmmaking competency … visual expertise.

His latest, The Four, will be coming home as DVD and Blu-ray product offerings from Well Go U.S.A. on Apr. 9.

Kinetic, visually exciting and loaded with action is how one can best describe this “riff” on the X-Men, The Fantastic Four and The Avengers … only with period characters (from the Song Dynasty — about a 1,000 years ago), court intrigues, rival clandestine police organizations, deadly violence, a rumored army of the undead and sex.   And this is just the first installment in a planned trilogy! 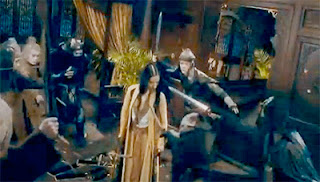 Bonus goodies include deleted scenes and a making-of featurette.   In Cantonese with English subtitles.

Posted by DVD & Blu-ray Release Report at 8:55 AM No comments: 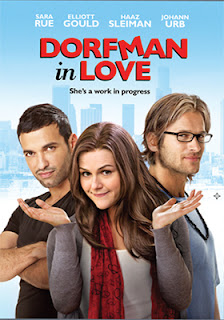 Virgil Films & Entertainment will capture romantic magic on May 28 with the DVD debut of director Brad Leong’s Dorfman in Love.

A major metro theatrical push is planned for Mar. 22 to raise awareness and add to the critical reviews already garnered by the film’s year-long film festival run, which included four Best Feature wins (and more).

Sara Rue (A Slipping-Down Life, Pearl Harbor, plus such sitcoms as Less Than Perfect and Rules of Engagement) shines as Deb Dorfman, a twenty-something single woman living in Los Angeles and would-be babysitter to her eccentric and widowed father (played by Eliot Gould).

It’s clever how Leong sets up the obviously attractive Rue as something of a schlub — a milktoast accountant working for her brother (Jonathan Chase), who doubles-down on the guilt their father already lays on her.   She secretly pines for her brother’s best friend, Jay (Johann Urb — he co-starred with Rue in the short-lived Eastwick television series, plus such films as Resident Evil: Retribution, 2012, etc.), but he has her firmly planted in the “friend” zone in terms of their relationship.

So much so that he asks her to take care of his cat while he is out of town for a week.  In her plain vanilla world, she sees that invitation as the a twofold opportunity — one, get away from dad for a week; two, impress Jay with how well she takes care of his place … of course he will immediately fall in love with her. 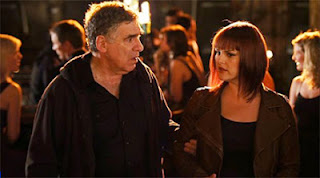 It’s a good plan.  As plans of the heart go.  There are just two little problems that send everything spinning out of control.   She meets Cookie (Haaz Sleiman — The Visitor), one of Jay’s neighbors, who is completely not her type and dad is too lonely to be without her, so he moves in.

She also makes other friends — new, unexpected, friends and an amazing transformation begins to take place.   This Cinderella finds the glass slipper (figuratively speaking) and the fancy “dress ball” comes in the form of a romantic showdown in the film’s cleverly spun third act finale.

Virgil Films has a gem here and that theatrical showcase in March can only add to its luster.

Posted by DVD & Blu-ray Release Report at 1:14 PM No comments:

May 21 For The DVD Debut Of FilmWorks Entertainment's Pendejo 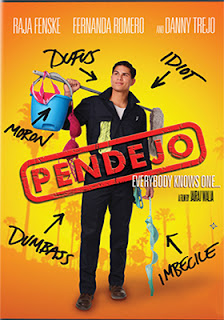 Writer/director Jairaj Walia’s Pendejo, a romantic comedy about a prince who becomes a frog, falls in love and grows into a man will be heading to DVD on May 21 from FilmWorks Entertainment.

Jai or just “J” (Raja Fenske — as Jake in the Unfabulous television sitcom) is a party boy.   College educated, unmotivated and always ready to have a good time.   Mix together the sex and the alcohol, the flashy car and a seemingly endless supply of money and any day of the week can become a holiday.

That all comes to an end when his father (Laksh Singh), a self-made man and the source of Jai’s “allowance,” says that enough is enough.   He lays down the law … you will work in the family business or lose it all!

No problem, a corner office, an expense account and long lunches is how he sees it … sure pops count me in, I’ll start tomorrow!   So you can imagine that it comes as quite the shock to Jai when he discovers that his father is no fool and that his permanent position in the company (until he proves himself) is that of assistant janitor.

It’s no secret who this new “employee” is and the company manager (played by Darlene Vazquetelles) has been given her marching orders when it comes to dealing with him … no favors, he works, pulls his weight or he is gone!

Of course Jai bolts at having to take orders from Pepe (Eduardo Antonio Garcia), a man who takes great glee in his new-found source of corporate power by teaching his new assistant some conversational Spanish (a running joke) to help him with his chores around the office.

The reality of it all begins to sink in when his father tosses him out for walking off the job (no car, no money … just the clothes on his back).  So tail between his legs — coupled with a bad night’s sleep on the floor of his friend’s garage — has him back with mop in hand asking for a second chance.

Of course Pendejo is a romantic comedy, not a depressing story about father/son conflict and endless days sweeping floors, cleaning toilets and being the butt of Pepe’s jokes.

The romance comes in the form of Jenny (Fernanda Romero — Silver Case, Mission Park, etc.), the company receptionist (at first dismissed by Jai) who befriends him.   Her sweetness, kindness and loving nature becomes the counterpoint to all of the relationships that he’s known to date … it is a real eye-opener for him; a life-changer.

But the REAL eye-opener comes when he is invited home to meet her parents.   In a brilliant bit of counter-casting, screen tough guy Danny Trejo plays her father and Jai quickly learns that staying in his good graces could be the key to his survival.

Pendejo is a fun romp, with cast members Raja Fenske and Fernada Romero hitting just the right notes.  Bonus features include a blooper reel, a photo gallery and interviews with the cast.

Posted by DVD & Blu-ray Release Report at 3:27 PM No comments:

Breaking Glass Pictures' Silver Case Ready For DVD On May 7