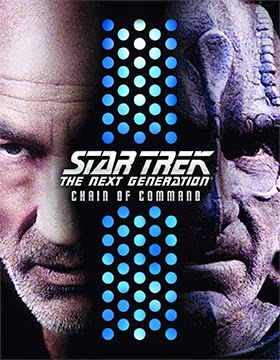 Paramount Home Media Distribution has the next wave of Star Trek: The Next Generation Blu-ray product offerings ready for delivery on June 3.

In Star Trek: The Next Generation - Chain of Command Captain Picard is taken prisoner by the Cardassians while on an away mission and as a result falls into the hands of zealot Gul Madred (played perfectly by David Warner).   In a cat-and-mouse game Picard is repeatedly tortured to give up vital information on fleet defenses … his ability to hold out reaches his absolute limits as the process wears on. 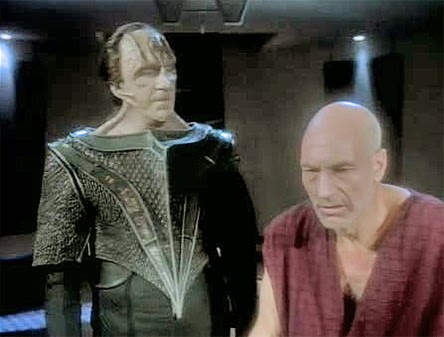 Meanwhile, the Enterprise has come under the command of Captain Jellico (Ronny Cox), whose style is the antithesis of Picard’s, which creates conflict with Riker … is a rebellion in the offing at this critical time?

No word on bonus features for the feature film, however the sixth season includes episode specific commentary options, a series “Mission Logs,” a blooper reel, deleted scenes and more.

The following week, June 10, Blu-ray (3 discs) and DVD (4 discs) sets of Ray Donovan: Season One, teaming Liev Schreiber with Jon Voight (he won the Golden Globe for his performance in this series) a son-father combo of somewhat shady repute. 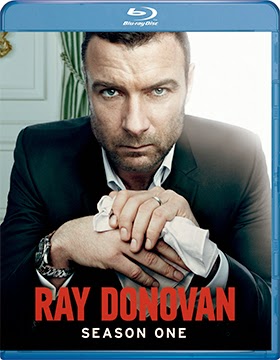 Liev Schreiber is the title character, Ray Donovan, a “fixer” for a high profile law firm run by Ezra Goodman (Elliott Gould) and his partner Lee Drexler (Peter Jacobson) … their clients are rich and stupid (think: sex, drugs and … other stuff).   Ray can use charm or a baseball bat, it doesn’t matter as long as the job gets done and the latest “problem” goes away.

If that’s not enough, his estranged father, Mickey (Jon Voight), is fresh out of prison (20 years for murder) and would just as soon see his son dead.  Throw in some equally dysfunctional brothers and a wife (Paula Malcomson) “with a plan” and you quickly learn that Ray has little time for sleep or mistakes. 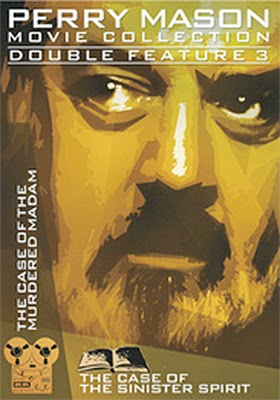 On the comedy front, Tosh.0 returns on June 17 with 21 hilarious episode in the three-disc DVD and double-disc Blu-ray offering of Tosh.0: Collas & Exposed Arms.  On the same date look for the DVD debut of director Jay Chapman’s stand-up film presentation titled, Sinbad: Make Me Wanna Holla.

Posted by DVD & Blu-ray Release Report at 5:46 PM No comments: 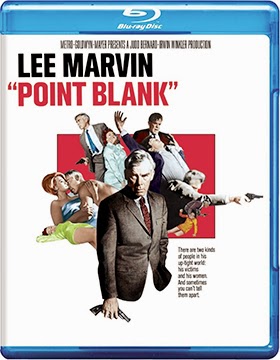 Richard Stark’s (aka: Donald E. Westlake) pulp fiction novel, “The Hunter,” was spun into neo-noir gold by filmmaker John Boorman in 1967.   Starring Lee Marvin and Angie Dickenson and retitled Point Blank for the screen, it will be making its hi-def Blu-ray debut courtesy of Warner Home Video on July 8.

Posted by DVD & Blu-ray Release Report at 5:41 PM No comments:

Mill Creek Entertainment Serves Up Lemmons On DVD On Apr. 22 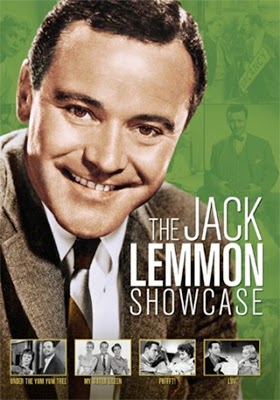 Mill Creek Entertainment announced this past week that two four-film, double-disc collections (priced at just $14.98 each) spotlighting the talents of Oscar-winner Jack Lemmon will be ready for retail on Apr. 22.

Also added to its release calendar this past week is the second installment in Mill Creek Entertainment’s day-by-day history of World War II.   The street is May 13.

Posted by DVD & Blu-ray Release Report at 5:39 PM No comments: 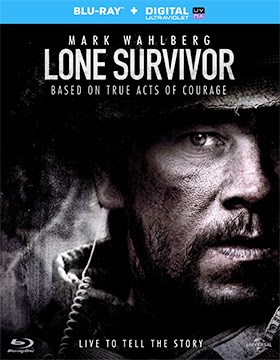 Filmgoers didn’t get the Hollywood memo in January and February.   They were supposed to flock to their local multiplex to spend their money on the Oscar nominees … instead they choose filmmaker Peter Berg’s film adaptation of Marcus Luttrell’s (played in the film by Mark Wahlberg) book, Lone Survivor.

It soared to the tune of $124.1 million in ticket sales (despite one of the worst winter’s on record), while many of the “prestigious” films struggled to find an audience.   Universal Studios Home Entertainment has tagged June 3 as the street for DVD and Blu-ray/DVD Combo Pack (with UltraViolet) editions … no word just yet on bonus features.

Posted by DVD & Blu-ray Release Report at 5:36 PM No comments: 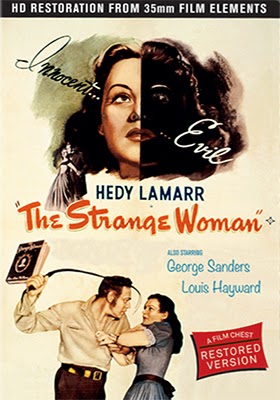 There is probably a film that needs to be made about Ulmer’s life, the love affair that nearly destroyed his Hollywood career (certainly changing it dramatically) and the films he made.

Plus throw in the circle of filmmakers he was intimate with and the lives of actors Tom Neal, Ann Savage and others from the period that he worked with and you have all the elements of a real page-turner.   He had to overcome many obstacles and only after his death did the real genius of his filmmaking skills — style and atmosphere on a shoestring — get the full recognition that he deserved.

But that’s for another time.   He was one of the first to embrace film noir with both Strange Illusion and one of the all time classics of the genre, Detour, both of which were released theatrically in 1945.   These were very early in the cycle. 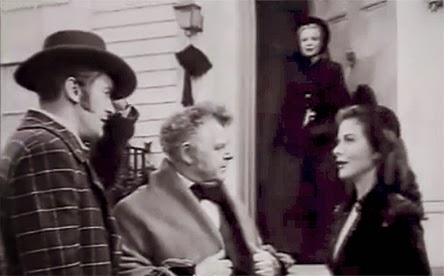 The following year he deftly blended the elements of film noir with a period tale starring Hedy Lamarr (who had just recently left MGM) as Jenny Hager, a beautiful young woman living in Bangor, Maine during the early 1800s who is from the “poor side of town.”

She uses her beauty, along with sex and seduction to gain status by landing a wealthy widower (Gene Lockhart) and then manipulates his weak-willed son (Louis Hayward) into doing away with him.   Not satisfied with the wealth and power she has gained, she then unleashes her charms on her friend Meg’s (Hillary Brooke) fiancé, John Evered (George Sanders).

In archetypal film noir he, of course, cannot resist her — even though he is pretty sure that Jenny is out-and-out evil!   She will, in time, do her best to kill both him and Meg, the woman who still loves him despite his betrayal. 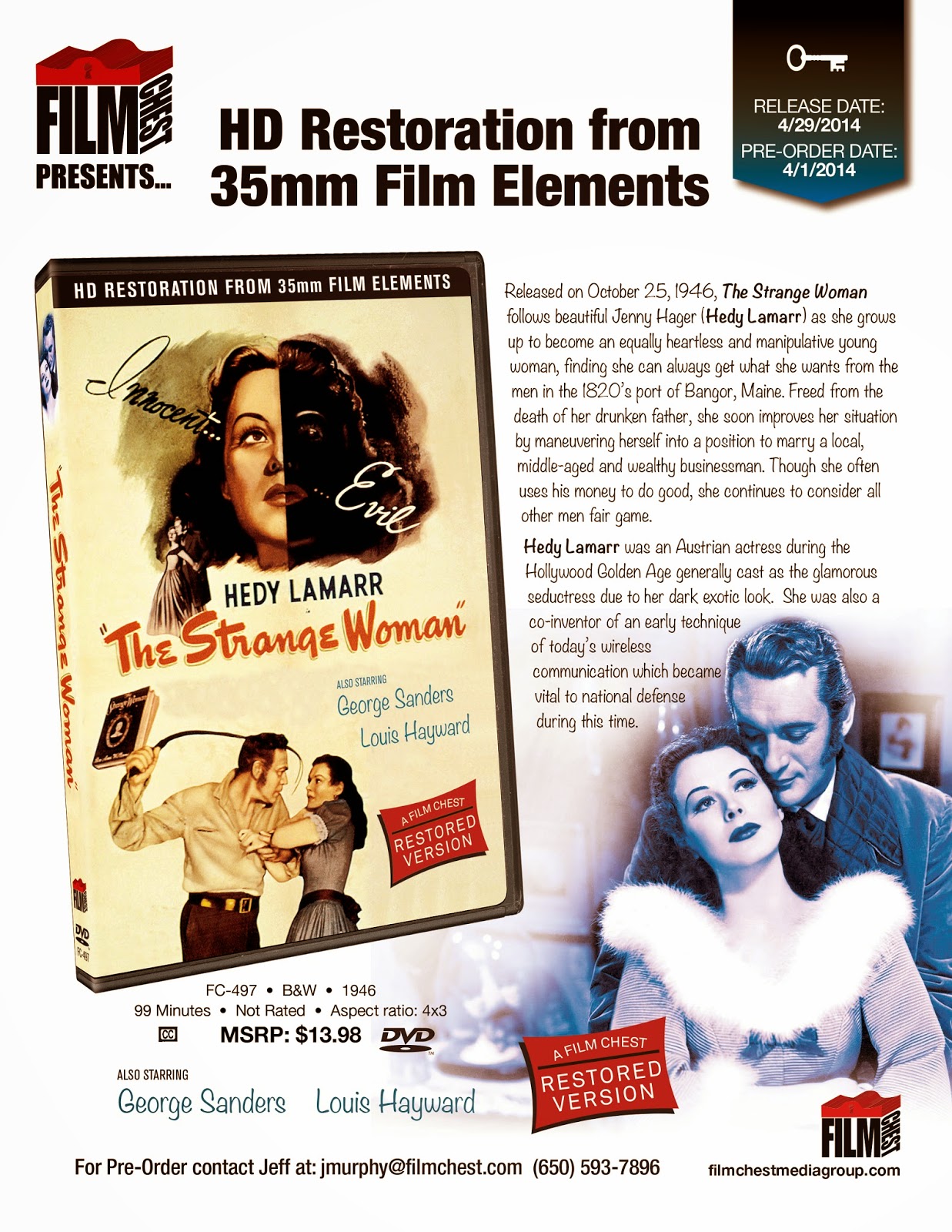 Posted by DVD & Blu-ray Release Report at 5:33 PM No comments:

Virgil Films And Entertainment Goes Cold Turkey On May 27 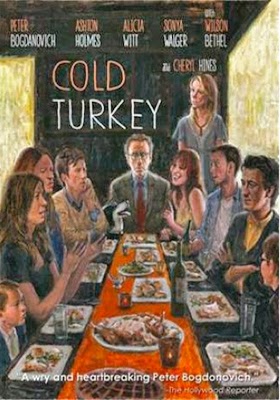 The Turners will be getting together for a Thanksgiving feast that you will not soon forget on May 27!

While you expect the turkey to get carved up, what you don’t necessarily expect at a family gathering is when the “verbal carving” is far more vicious than any knife blade — indeed, a verbal food fight is in the offing when the Turners sit down to this Thanksgiving dinner and you’re invited!

May 27 is the street date that Virgil Films & Entertainment has selected for the DVD debut of writer/director Will Slocombe’s very black comedy, Cold Turkey.   Circle that date on your calendar … you will not want to be late for this meal.

The patriarch of the Turner clan, Poppy, is played by auteur filmmaker and screen icon Peter Bogdanovich … it is a very different role for him.   His wife, Deborah — and stepmother to two of his three adult children — is none other than the always-gorgeous Cheryl Hines.  She plays a gracefully aging “trophy bride.”

A “trophy bride,” not in the traditional sense of a vacuous beauty (an ornament), but a smart and sexy woman who married a college professor and advisor to those in high places of power.  There was a time when such a match was exciting.   That no longer is the case.

Those corridors of power — that he once strolled with the elites — have long since been closed to him.  He drinks now … and secretly dreads the family gathering that has finally arrived.

While the back and forth between “mom” and Poppy’s eldest daughter, Lindsay (Sonya Walger — as Penelope 'Penny' Widmore in the Lost TV series), is polite, but acerbic, no such nuance exists when Nina (Alicia Witt) — who has been absent for the past 15 years — storms the castle.

She is bright, rude, more than a flake, smacks of a privileged upbringing and is very much to the point in her dislike of Deborah … and what she expects from dear old!

The third element in this sibling mix is Jacob (Ashton Holmes), who tries to play the role of peacemaker, but realizes early on that that is a fool’s errand.   Besides, he has bigger issues … just one more major crisis for Poppy to deal with!

Cold Turkey is wicked mix of social commentary (Bogdanovich’s expressions and understatements are simply marvelous) dipped in the blackest of comedy traditions.  At this family get-together it would come as no surprise if blood is shed.

Posted by DVD & Blu-ray Release Report at 5:28 PM No comments:

Email ThisBlogThis!Share to TwitterShare to FacebookShare to Pinterest
Labels: DVD and Blu-ray Release Report, Virgil Films And Entertainment Goes Cold Turkey On May 27 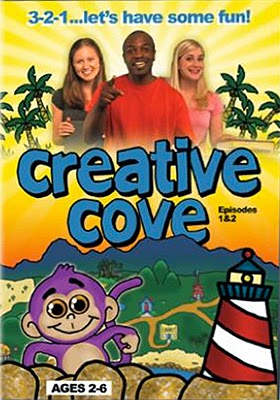 FilmWorks Entertainment announced this past week the launch of Creative Cove, a new DVD pre-school fun and learning series.  The street date is May 13.

In a mix of live action and animation, the little ones — who become “Fun Finders” — join Eric (Darwin Harris), Sara (Sara Maas) and Emily (Emily Burch) as they journey to the very colorful Creative Cove where they learn about words (Kyle Bowen as Coach Vocab), painting (Todd Blaquiere as Professor Puppe), animals (Jason Wright as Uncle Adventure) and more, including fun songs from JJ The Rocker (Jeremy Marin).

The “Fun Finders” even learn about food (Broc Li), health and life lessons through songs and interactive prompts from the various cast members.   Creative Cove is a refreshing change of pace where the little ones — the “Fun Finders” — are encouraged to use their imaginations while they explore and learn.

Posted by DVD & Blu-ray Release Report at 5:21 PM No comments:

Email ThisBlogThis!Share to TwitterShare to FacebookShare to Pinterest
Labels: DVD and Blu-ray Release Report, FilmWorks Entertainment Invites Pre-Schoolers To Journey To Creative Cove On May 13 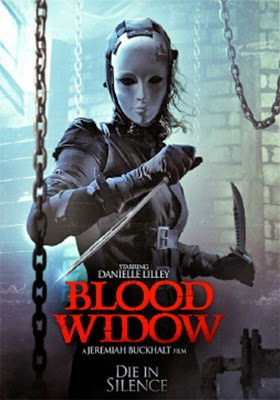 When buying your dream getaway home be sure to do a walk-around!  Are you in need of a Starbucks within driving (walking) distance?   If so, that will eliminate some of your choices.

If you will be entertaining friends, then make sure that they won’t be slaughtered if they go off to explore the creepy ruins nearby.   If getting your friends butchered is a no-no, then that too will eliminate certain choices.

In director Jeremiah Buckhalt’s Blood Widow, due out on DVD from Midnight Releasing this coming June 3, Laurie (Danielle Lilley) and her soul mate Hugh (Brandon Kyle Peters) didn’t do the walk-around — you know, the “due diligence” part of the real estate transaction — when they bought their weekend dream home.   They will come to regret that.

When their friends (aka: the victim pool) show up for the weekend to celebrate their new digs (an unplanned house warming) you get that uneasy feeling that nothing less than a blood bath, especially when the film is titled Blood Widow, will be in the offing. 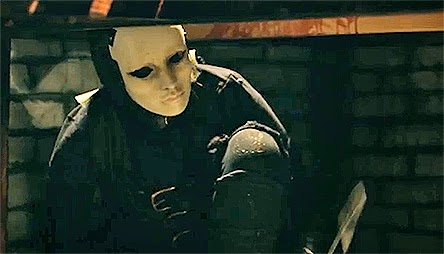 Nearby — through the creepy woods, naturally — is an abandoned building, which turns out to be an old boarding school.  It closed down as a result of some, well, ahhhhh, some pretty nasty things that took place there some years ago.   So when everyone goes off to check the area they naturally gravitate to the scary place … where the individual that caused the nastiness way back then is still dwelling!!!

If you like haunted house thrillers, then Blood Widow will certainly be at the top of your must-see list on June 3!

Posted by DVD & Blu-ray Release Report at 5:18 PM No comments: