Paramount Home Media Loads Up In May With Spirit, Godfather Part III On Blu-ray (And More) And The DVD Debut Of Director Daniel Mann's The Revengers 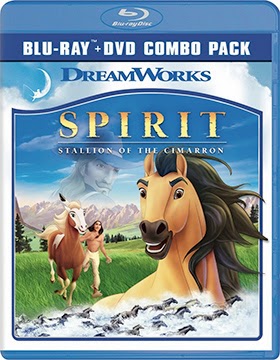 Leading the way on May 13 is a Blu-ray /DVD Combo Pack — priced to sell at just $14.99 — of animated filmmakers Kelly Asbury and Lorna Cook’s 2002 Best Animated Feature Oscar nominee, Spirit: Stallion of the Cimarron.

This DreamWorks Animation production arrives with bonus features that include commentary from Asbury and Cook, a drawing tutorial and a collection of behind-the-scenes featurettes.

Another Best Picture nominee getting a Blu-ray push on May 13 is director Francis Ford Coppola’s 1990 film release of The Godfather, Part III.   In addition to the Oscar nomination for Best Picture (in a year with Dances With Wolves and Goodfellas it was a bridge too far for Coppola to pull of the Best Picture trifecta for this wind down to the series), Andy Garcia received a Best Supporting Actor nomination and Coppola locked in this fourth Best Director nomination. 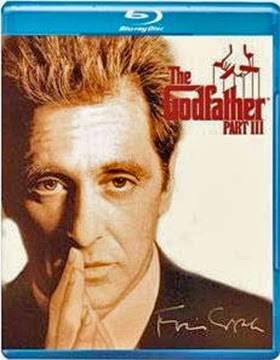 On the DVD release front, look for the debut of the Nick Jr. animated hit series, PAW Patrol, Volume One, on May 13.   The six doggie professionals, Rubble (a construction worker), Rocky (he is into recycling), Zuma (if there’s water, he’s there!!), Marshall (a firehouse Dalmatian), Chase (a German Shepard with a flair for police work) and the high-flying Skye, will be ready for 13 adventures in this series rollout.

Shifting to May 20, Happy Days: The Fifth Season will feature 27 sitcom episodes spread over four discs.

The 1976 Emmy-nominated mini-series, Arthur Hailey's The Moneychangers, will be getting its DVD debut on May 20 … an all-star cast is featured that includes Kirk Douglas, Christopher Plummer (Emmy-winner for his performance here), Joan Collins, Susan Flannery, Ralph Bellamy and Anne Baxter.

On the same date, May 20, Paramount Home Media will be releasing for the first time on DVD director Daniel Mann’s overlook 1972 Western, The Revengers, reteaming 1969 The Wild Bunch stars William Holden and Ernest Borgnine.   Elements of The Searchers, The Wild Bunch and even The Dirty Dozen are blended together here in this National General film production with mixed results.

What makes this film release on DVD of particular interest is first, it’s a look-awaited debut (which is always good), and second it is from the same period as director Daniel Mann’s Willard (also with Borgnine) … if The Revengers has been cut-loose, can Willard be far behind (from anyone, please)?

Email ThisBlogThis!Share to TwitterShare to FacebookShare to Pinterest
Labels: DVD and Blu-ray Release Report, Godfather Part III On Blu-ray (And More) And The DVD Debut Of Director Daniel Mann's The Revengers, Paramount Home Media Loads Up In May With Spirit 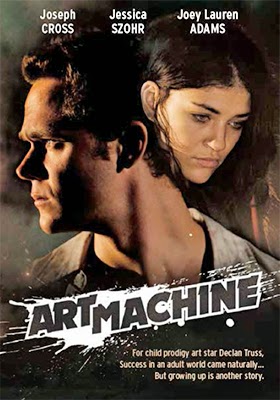 What something is worth is what people are willing to pay for it.   That reality is only beginning to sink into the head of soon-to-be 18 year-old Declan Truss (Joseph Cross).   For the past 12 years he has been a New York City art protégé.   His paintings have sold to collectors, even though a cursory evaluation of his work would leave the average person shrugging their shoulders and wondering why; what’s with the buzz … nothing special here.

His mother, Prudence (Joey Lauren Adams), has exploited, manipulated and has even dealt out sexual favors to ensure that her son’s fame — or the illusion of that fame — has grown and been carefully nurtured over the years. 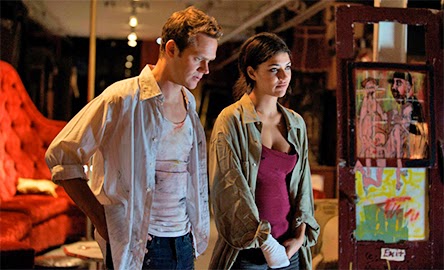 Basically, “I am legend” because mommy says so.   But when his carefully crafted world intersects with that of Cassandra (Jessica Szohr), a rebellious “artist” with a flair for performance art — who has a cadre of friends that are free-spirited creative types living the life in the Bushwick area of the city — all bets are off!

Is he an artist?  An artist with real talent, or is he a fraud?   How do you unlearn everything you know, or think you know, without the wheels coming off?   That’s Declan’s challenge … and he has precious little time to sort it out!

Oscilloscope Selects Apr. 29 For The DVD Debut Of These Birds Walk 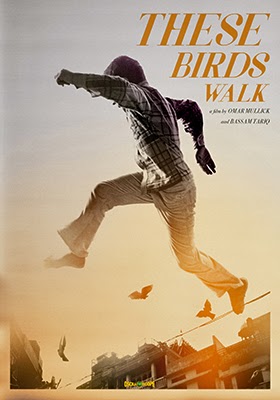 You can count the number of films coming out of Pakistan that arrive in the domestic market place these days on your fingers and toes.   Unlike its neighbor, India, which leads the world in film production, finding quality films of any kind from Pakistan for viewing — either theatrically or for home entertainment — are a rare commodity.

So when Oscilloscope Laboratories announced this past week that the award-winning documentary, These Birds Walk, from filmmakers Omar Mullick and Bassam Tariq, would be available on DVD this coming Apr. 29 that was news worthy indeed.

An all-too-brief major metro arthouse run yielded an ARR of 179 days … only the home entertainment market place will give this marvelous film the wider exposure that it deserves. 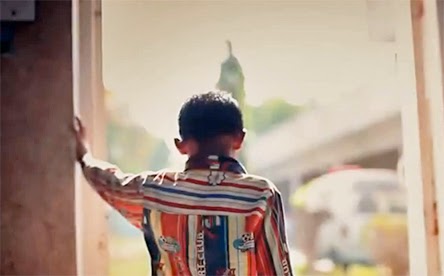 What started out as a short film about the founder of the Edhi Foundation, grew into a magnificently produced — both beautifully filmed and technically proficient in all departments (sound, editing, etc.) — feature-length story focusing on the young boys who are living on the streets of Karachi with only Abdul Sattar Edhi — whose name the charitable foundation bears — standing between them and abuse, starvation … or worse.

Bonus features for this intimate look into this one small segment of life in modern day Pakistan include commentary from the filmmakers and deleted scenes.   These Birds Walk is presented in Urdu and comes English subtitles.

Email ThisBlogThis!Share to TwitterShare to FacebookShare to Pinterest
Labels: DVD and Blu-ray Release Report, Oscilloscope Selects Apr. 29 For The DVD Debut Of These Birds Walk 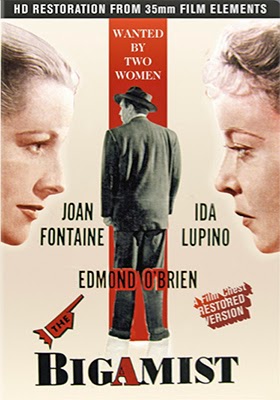 1953 was a very good year for Brit actress Ida Lupino on the other side of the camera as a film director.   In the spring of that year her film, The Hitch-Hiker (now counted among the best film noir releases from that year), was released theatrically … and at Christmas, it was The Bigamist.

Both films were directed by Lupino, with scripts from her former husband, Collier Young and both films starred Edmond O’Brien, with the latter, The Bigamist, also featuring Joan Fontaine, Edmund Gwenn, Kenneth Tobey and Ida Lupino as the other woman in this taut dramatic tale.

Word came this week that The Bigamist has been received a hi-def restoration from the original 35mm film elements and will be made available on DVD for collectors to enjoy on Mar. 25. 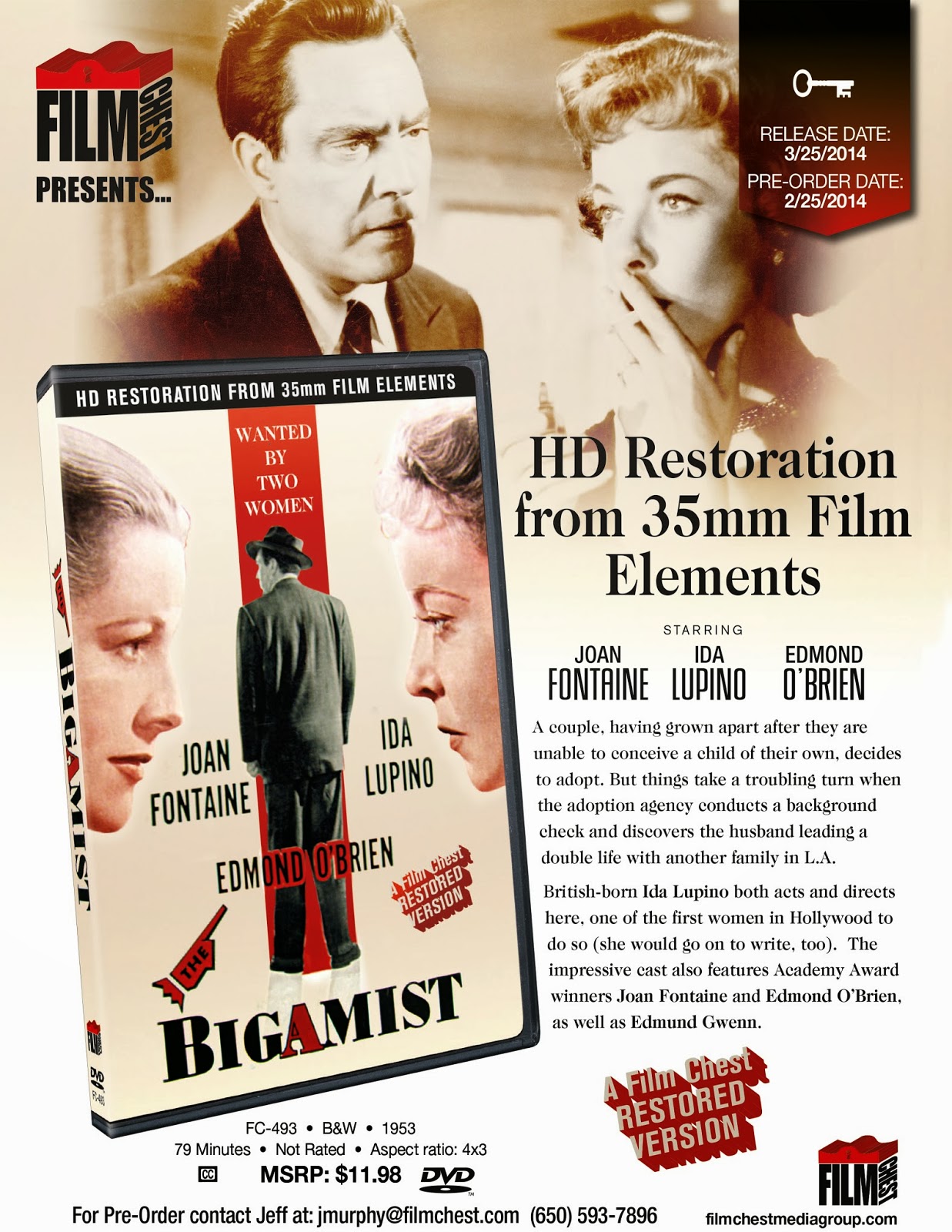 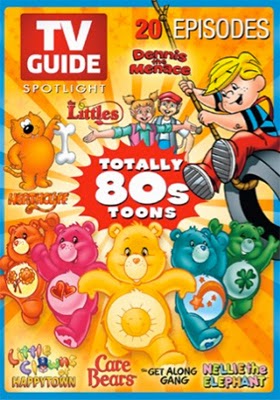 Mill Creek Entertainment has added six new DVD collections to its Mar. 18 release calendar … all six new additions to an already business release slate are double-disc sets that are being released under the “TV Guide Spotlight” promotional banner.

Each collection features six or more hours worth of programming and these SKUs are priced to collect at just $9.98 each (and that’s before discounts at your retailer of choice). 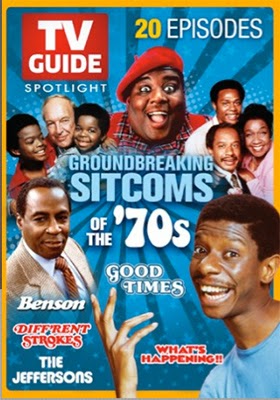 For more information (including complete title selection on each SKU) on these new additions to the Mar. 18 release calendar, please visit http://www.millcreekent.com.

Posted by DVD & Blu-ray Release Report at 6:44 AM No comments: 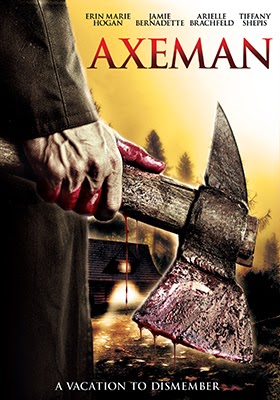 If you’re a genre fan your radar is always on the alert for certain names in the cast list of any indie film production.   If a filmmaker, with a horror tale to tell, lands someone like a Scream Queen with the status of a Brinke Stevens, you immediately take note.

But when a filmmaker, such as writer/director Joston Theney, recruits not only Brinke Stevens, but Tiffany Shepis as well, that’s a film that must immediately go into the must-see queue!!!

On May 6 Midnight Releasing will be bring Theney’s film, Axeman (aka: Axeman at Cutter's Creek) to the domestic market place on DVD.  Fans, put it on your calendar, this is one to see, own and savor. 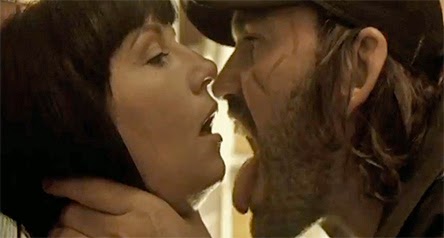 With Axeman, filmmaker Joston Theney generously supplies us with nine, that’s right, nine campers who settle into a remote mountain cabin for a weekend of fun, games, drinking and sex.  They are: THE VICTIM POOL!!!

What they fail to realize is — if they did, they wouldn’t be there — is that they’ve ignored all the warnings of the legend of the “Axeman” by the locals and have moved literally into the local “slaughter house.”

Bonus features include extended scenes (with commentary), a blooper reel and a behind-the-scenes montage.

Posted by DVD & Blu-ray Release Report at 6:39 AM No comments: