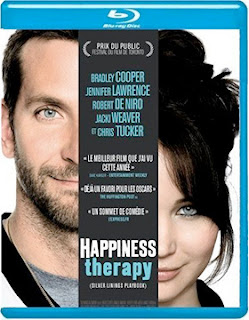 When did announcing the release of a film to the home entertainment market place become so damn difficult?   The latest example in screwing it up marks the fourth Best Picture contender this year to be dumped into the market without fanfare.

First we had Sony Pictures Home Entertainment’s non-announcement for Zero Dark Thirty (Mar. 19), which was followed by a similar move for Django Unchained (Apr. 16) and then Lincoln got rushed home without a word after its pre-book date had passed (Mar. 26).

Our guess is that the sales people bypassed the normal process and defensively made the call to retailers for the Apr. 30 street date for both a DVD and a separate Blu-ray product launch.  The ARR works out to 165 days and the box office take (and still growing) comes in at $120.6 million.

Normally, Anchor Bay Entertainment’s PR activities are executed with studio-level precision, but the wheels appear to have come loose with both Django Unchained and Silver Linings Playbook … we suspect the common denominator for the sudden rash of train wrecks to be the producers of both films (Bob and Harvey Weinstein), but lacking a smoking gun we will just assume that the act of producing and distributing a press announcement has suddenly alluded our friends in Michigan.

Without a formal announcement there are no details available on what bonus nuggets might be included on either the DVD or Blu-ray SKUs.