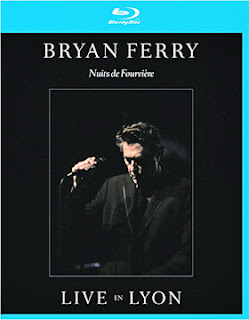 Ferry’s “Olympia” album (recorded with former members of the Roxy Music band) world tour arrived in Lyon as part of the Nuits de Fourviere Festival and those lucky enough to be in attendance were treated to a 22-song set.  Included in the mix are “Slave to Love,” “Don't Stop The Dance,” “You Can Dance,” “Avalon” and “All Along the Watchtower.”