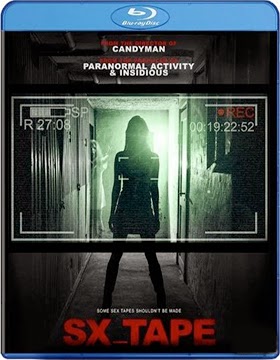 You know things are not going to go particularly well for those involved when the film opens with a beaten, bloody and confused young woman (Caitlyn Folley — The FP, Happy Endings, etc.) at a crime scene with a police detective hovering over her.

The story jumps back to the beginning with Jill (Folley) and her boyfriend Adam (Ian Duncan) scouting out a “performance” location as a unique presentation venue for Jill’s latest works of art.   This is not an uncommon thing in Los Angeles these days, where artists and musicians have taken to using old warehouses and other abandoned buildings to host meet-at-greet parties to showcase their talents.

Jill, who we will come to learn, is a more than a bit “eccentric” and wants something that will make a statement.   After a bit of foreplay, the two hit upon an shuttered hospital facility — which they break into and Adam begins filming (it is his camera work that will provide the clues as what happened). 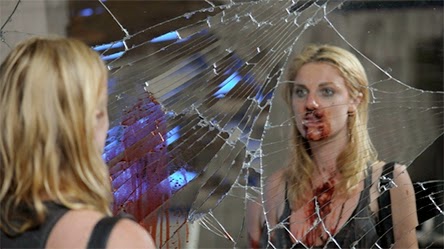 It’s the perfect place.  It is creepy, rundown and full of … ghostly spirits.   Oh yes, and there’s one other little thing about Jill, she has a sex fetish, and this place absolutely turns her on, hence the title.

The longer they stay “scouting” out this location the more unhinged she becomes.  But Adam keeps right on filming as her “performance” goes from sexual fetish to out-and-out bizarre in a hurry.   And the two may not be alone in their “scouting” activities!

Sex, horror and a creepy building (aka: haunted house) with something of a backstory that is way beyond horrific is exactly the mix that genre fans would expect from filmmaker Bernard Rose in any film of his titled SX_Tape.

Email ThisBlogThis!Share to TwitterShare to FacebookShare to Pinterest
Labels: DVD and Blu-ray Release Report, Well Go U.S.A.'s SX_Tape On Blu-ray And DVD On May 13