20th Century-Fox Home Entertainment Sets X-Men: Days of Future Past (Oct. 14) and The Fault in Our Stars (Sept. 16) For DVD And Blu-ray 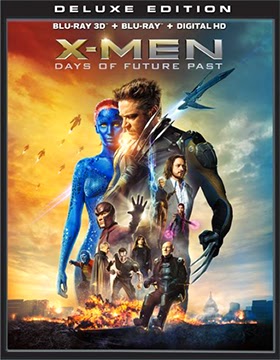 20th Century-Fox Home Entertainment cut loose this week with not one, but two summer hits that will be hitting retail during the post-Labor Day period.

Using this year’s Comic-Con International creature-fest to announce an Oct. 14 street date for director Bryan Singer’s X-Men: Days of Future Past was a smart use of the annual venue — sci-fi, horror, fantasy … it’s the perfect venue for films and franchises with such themes.
Planned for that date are a three-SKU helping: A stand-alone DVD edition and Blu-ray editions with or without a 3D presentation (premium is ten bucks).

The ARR comes in at 144 days and summer theatrical revenues currently stand at $230.5 million.

Bonus features include a gag reel, a half-dozen featurettes and deleted scenes with commentary by Bryan Singer.

Also getting a street date is director Josh Boone’s hit film adaptation of John Green’s best-selling weeper, The Fault in Our Stars. 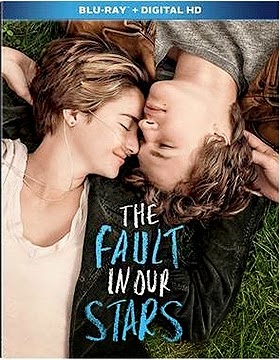 The street date for DVD and Blu-ray/DVD Combo Pack editions is Sept. 16.   There is also a “Little Infinities Edition” for Blu-ray that includes an extended presentation of the film.
The ARR comes in at 102 days and ticket sales are $121.6 million.

Email ThisBlogThis!Share to TwitterShare to FacebookShare to Pinterest
Labels: 20th Century-Fox Home Entertainment Sets X-Men: Days of Future Past (Oct. 14) and The Fault in Our Stars (Sept. 16) For DVD And Blu-ray, DVD and Blu-ray Release Report