Eagle Rock Entertainment Says Nov. 11 For The DVD Debut Of Crank It Up! — Colt Ford: Live At Wild Adventures 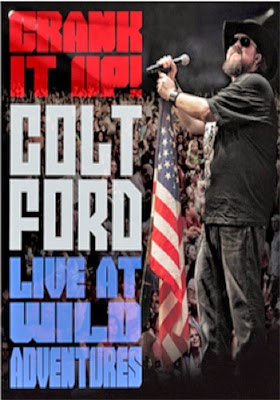 Country recording artist and songsmith Colt Ford, after five successful albums and more miles on the road touring than a long-haul trucker, will be making his way to the home entertainment market place on Nov. 11 with the release of his debut DVD, Crank it Up! — Colt Ford: Live at Wild Adventures.

This Eagle Rock Entertainment-produced event features over two hours of Ford in concert this past August from the Wild Adventures Park in Valdosta, Georgia, where he served-up a fan-pleasing 19-song set, plus a medley of country ditties penned by Ford.

Included in the mix are both “Ride Through The Country” and “No Trash in My Trailer” from his debut album, plus “Chicken & Biscuits,” “Country Thang,” “Back” and he sent the crowd out into the night with the capper, “Dirt Road Anthem.”

Bonus features include ten webisode segments from his Mr. Goodtime TV series — where you just need to remember three things … Chicks, Trucks and Beer — and a behind the scenes featurette. 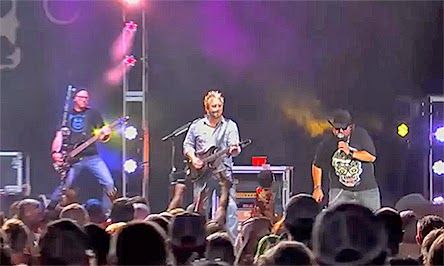 Filmed in April of this year at the Tokyo Dome City Hall, this concert featured a blend of Beck standards — “Stratus,” “Led Boots,” “Cause We Ended as Lovers,” “Big Block,” “A Day in the Life,” and “Rollin’ and Tumblin’” — plus new material performed live here for the first time.

Email ThisBlogThis!Share to TwitterShare to FacebookShare to Pinterest
Labels: DVD and Blu-ray Release Report, Eagle Rock Entertainment Says Nov. 11 For The DVD Debut Of Crank It Up! — Colt Ford: Live At Wild Adventures