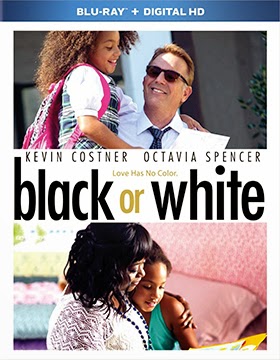 20th Century-Fox Home Entertainment announced this past week that writer/director Mike Binder’s Black or White, a heartbreaking story of love, a racially-charged custody battle and a rocky path to forgiveness and understanding will be heading to retail on May 5.

This Kevin Costner star vehicle arrives as both DVD and Blu-ray product offerings with an ARR of 95 days and domestic ticket sales were $21.4 million.

Bonus features are three featurettes (two exclusive to the Blu-ray SKU), including one titled “Shades of Gray: The Making of Black or White.”