The American Dreamer Restored And Ready For Delivery As A Blu-ray/DVD Combo Pack From Etiquette Pictures On Sept. 22 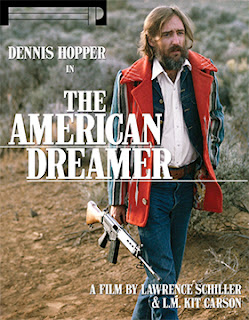 Etiquette Pictures announced their second film Blu-ray/DVD Combo Pack film restoration this past week … and it is a doozy!

There was this landmark movie that was released theatrically during the summer of 1969 that crushed all expectations and set in motion a Hollywood frenzy to catch the crest of the wave of the “youth” market.   The film was Easy Rider, co-written by Dennis Hopper — who also directed — Peter Fonda and Terry Southern.   It starred Hopper and Fonda, along with Jack Nicholson (his first Oscar nomination) … and the film made them all famous (they were all nominated for Oscars).

It opened doors and Dennis Hopper, who was no dummy and had been knocking around the business for a decade and half (roles in Rebel Without a Cause, Giant, Gunfight at the O.K. Corral, etc.), quickly cut a deal with Universal Studios to write and direct his next movie, which was titled The Last Movie.   The powers that be back then at Universal could see nothing but dollar signs, and like United Artists a decade later — when they gave Michael Cimino (fresh from The Deer Hunter) the greenlight for Heaven’s Gate — would come to regret their decision.

You can almost hear the post mortem conversations!  “Did anyone read the f##king script?”  “What the hell was that — who can we find around here to blame that piece of crap?” “Oh My God!!!” 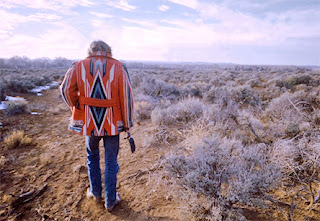 The Last Movie was at best “avant-garde” and at worst, a career-killer.   Basically, Dennis Hopper was given a million dollars to go down to South America, with his friends, and shoot a staggering amount of footage … and they all had a good time.

That was weird, but when he returned to the United States to edit the film, that’s when it got really weird.   L. M. (Lewis Minor) “Kit” Carson and Lawrence Schiller showed up at Hopper’s remote ranch in Taos, New Mexico and proceeded to film footage of the actor — and his entourage — as he struggled to complete the post-production on the film.

The result was the documentary, The American Dreamer.   It screened as a companion piece to The Last Movie on college campus back in the 1970s and then largely vanished (bootleg copies to be sure)   This is what Etiquette Films has ready for everyone to enjoy on Sept. 22 as a Blu-ray/DVD Combo Pack — fully restored!!! 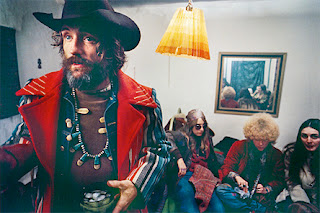 Can you imagine if documentary filmmakers were given full access to the creative process of Star Wars, Jaws, The Godfather and on and on.  What a treasure trove of film lore The American Dreamer turned out to be … an unbridled insight into an actor, director and writer who has become unhinged.   For next six years Dennis Hopper’s career was a drug and alcohol induced black hole.   It was over and you can see why.

Bonus features for this cinematic treasure include the making-of featurette titled “Fighting Against the Wind” and a look at the preservation process in the featurette titled “A Long Way Home.”   There is also a photo gallery and essay booklet prepared by “Temple of Schlock” blogger, Chris Poggiali. 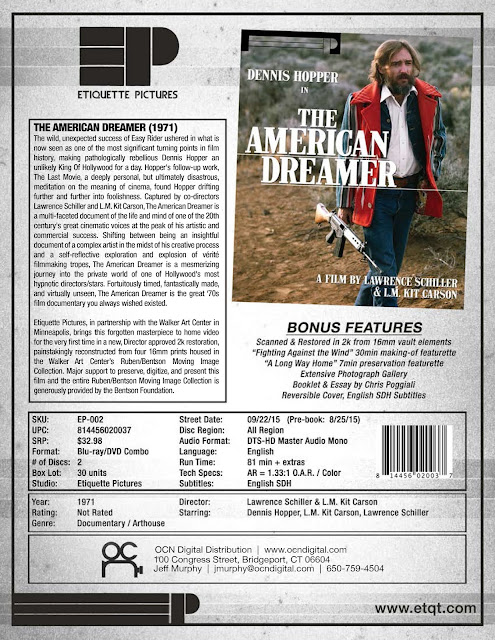 Email ThisBlogThis!Share to TwitterShare to FacebookShare to Pinterest
Labels: DVD and Blu-ray Release Report, The American Dreamer Restored And Ready For Delivery As A Blu-ray/DVD Combo Pack From Etiquette Pictures On Sept. 22