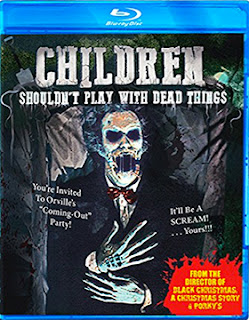 Alan Ormsby stars as Alan (he also co-wrote the script), the over-the-top leader of a would-be thespian troupe looking for something fun — and deranged — to do.   We should mention that it is Alan who is looking for “something fun,” as the rest of his entourage simply are along for the ride — he’s a bully and you either go along with Alan’s musings or leave the troupe (which, as things develop, would be a blessing).

Since this is a horror film — a horror film that has over the years achieved a certain degree of cult status — we know that Alan’s much put-upon acting troupe (with includes his wife Anya Ormsby) are nothing more than the “victim pool.”   He’s going to raise the dead — in this case, Orville Dunworth (Seth Sklarey) — and they, his actors, are going to be his audience whether they like it or not.   It’s all great fun for him! 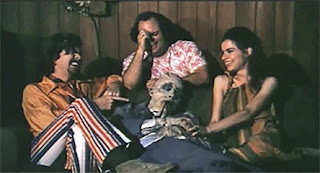 His little soiree out to the creepy island is actually an elaborate joke (pay close attention to the opening credit sequence), but for Alan it’s a joke gone too far as things go horribly wrong and the dead actually do rise and a zombie plague is upon them!

Bonus features include commentary from Alan Ormsby and actors Jane Daly and Anya Cronin, the featurette titled “Memories of Bob Clark,” a video session with Bob Clark’s long-time film collaborator, Ken Goch, that is titled “Confessions of a Grave Digger” (Goch set up the graveyard for the film) and a pair of music videos from The Deadthings — “Dead Girls Don’t Say No” and “Cemetery Mary.” 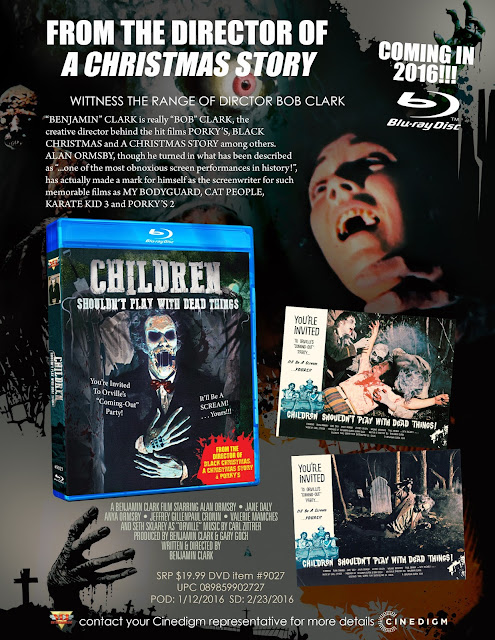