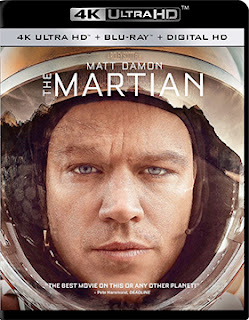 The next generation of physical media product offerings will arrive on Mar. 1 with the debut of 14 4K Ultra HD Blu-ray titles — and possibly eight more.

And, Lionsgate Home Entertainment will join the party as well with a selection of 4K/Blu-ray Combo Pack SKUs that includes: Sicario, The Last Witch Hunter, Ender's Game and The Expendables 3.

Both Warner Bros. Home Entertainment and Sony Pictures Home Entertainment announced during December and November respectively that they will also be releasing 4K Ultra HD Blu-ray titles in 2016, but nothing official with respect to the actual launch date has arrived yet from either studio (that could happen any day).

Sony Pictures first wave of 4K Ultra HD Blu-ray releases will include Amazing Spider-Man 2, Chappie, Hancock and Salt.  Warner Bros. has committed to over 35 releases during calendar 2016, with The Lego Movie, Mad Max: Fury Road, Pan and San Andreas as the films selected to comprise the studio’s first wave. 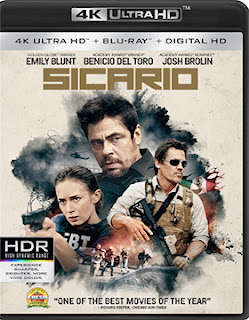 If they all stick to the Mar. 1 release launch, consumers could have as many as 22 4K Ultra HD Blu-ray titles to select from … if they can find the next generation player to view them on that is.

Indeed, it remains to be seen if this next generation format will be mainstream or simply a high-end niche product.  Unless the participating studios are willing to rethink their window strategies for theatrical, physical media and VOD, it would seem — at least for now — that these new 4K Ultra HD Blu-ray products will do little more than marginally cannibalize existing Blu-ray sales.

In any case, it will be several years before market penetration reaches a critical mass to get a firm handle on market place trends.

It should be noted that the jump from VHS to DVD to Blu-ray to 4K Ultra HD Blu-ray, while always impressive, is not necessarily progressive in nature.   Most consumers simply may not see the benefit of 4K Ultra HD Blu-ray when the trend of late has been to focus on streaming.   What is the advantage of watching a 4K transfer on an iPad or iPhone?   And what about all that bandwidth … is it just magically going to keep on expanding?