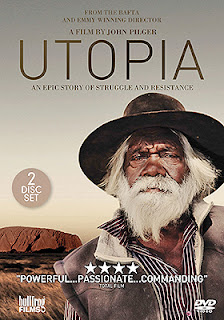 Icarus Films will be teaming with Bullfrog Films on Feb. 28 for the double-disc DVD debut of documentary filmmaker John Pilger’s Utopia.

This no holds barred look at poverty and deeply rooted social issues facing the Aboriginal peoples of Australia is not his first exploration of this subject.   He documented the plight of the Aborigines in 1986 with The Secret Country and return to the subject — from a sports point of view — in 1999 with Welcome to Australia.

In the 30 some years since The Secret Country the poverty, the living conditions and the treatment of the Aboriginal population, in Pilger’s assessment, has not changed all that much.   Disease, crime and health issues, including suicide, are endemic and, despite Australia’s overall economic wealth, seem insolvable.

As a bonus to the Utopia documentary, Icarus Films and Bullfrog Films are providing a second disc that features over two hours worth of additional interviews, providing the viewer with additional information on what amounts to a national disgrace for the people of Australia. 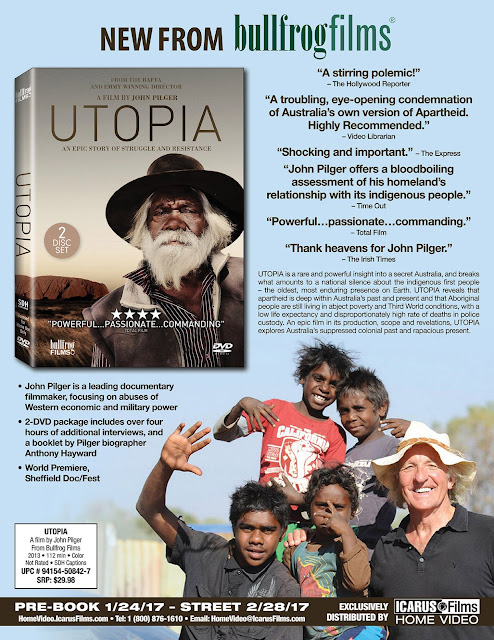