Ruthless Films Teams With MVD Entertainment Group On Aug. 8 For The DVD Debut Of Dimension Z 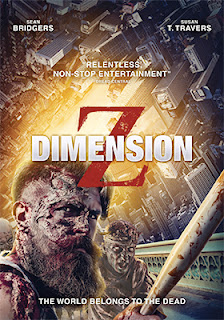 Ruthless Films, with sales and distribution support provided by MVD Entertainment Group, will be releasing the anthology horror tale, Dimension Z, on DVD this coming Aug. 8.

Six tales of the zombie apocalypse play out from six different filmmakers … writer/director Jarret Blinkhorn’s “They’re Closing In” segment features the alluring Susan T. Travers (The Mind’s Eye, Almost Human) as Jill, who is in conflict with her husband (played by Michael A. LoCicero), but they have to put their differences aside as something strange is moving in the darkness outside!  They are tired, the ammo is running low and things outside just keep coming … what can they do?

Sean Bridges stars as Burke Sawyer in director Rich Robinson’s “The Graveyard Feeder.”  Burke is the grave-keeper at the Juniper Falls Cemetery (filmed on location in Snow, North Carolina), who finds himself battling an unseen (underground) grave robber, who is devouring the buried corpses.

Other filmmakers delivering their unique visions of zombies on the prowl are Jesse H. Knight, Juan Jose Patrol and Ruben Rodriquez. 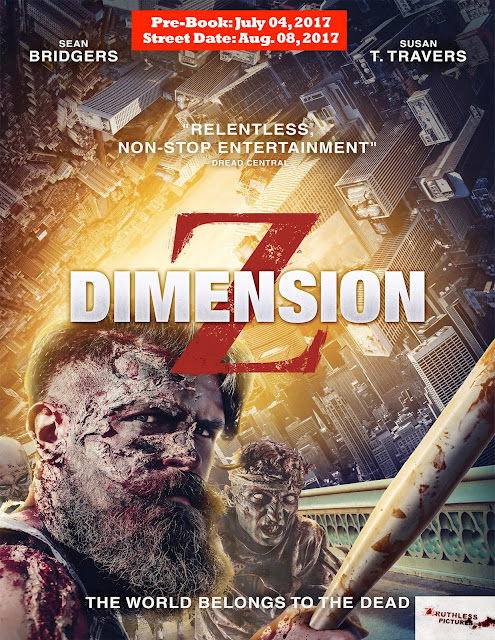 Email ThisBlogThis!Share to TwitterShare to FacebookShare to Pinterest
Labels: DVD and Blu-ray Release Report, Ruthless Films Teams With MVD Entertainment Group On Aug. 8 For The DVD Debut Of Dimension Z