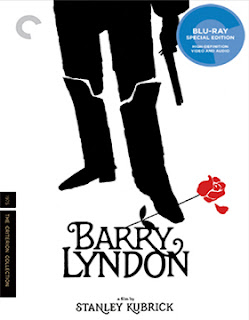 The Criterion Collection announced its October release of new DVD and Blu-ray product offerings this past week, but before we get to these there is a new (and hopefully final) street date for auteur filmmaker Orson Welles’ 1952 film release of Othello … it will now be released as double-disc DVD and Blu-ray editions on Oct. 10.

As to the new announcements, it is always a subjective starting point, but this month we’ve landed on fellow auteur filmmaker Stanley Kubrick’s 1975 film release of Barry Lyndon as the leading October restoration entry.

This new 4K restoration will arrive on Oct. 17 as both double-disc DVD and Blu-ray selections.

While the film can be rightly criticized for being long and even tedious, nevertheless the camera techniques and construction of the film by Kubrick far outweigh these flaws. I set there in an exhibitor screening in the Cinerama Dome in Hollywood prior to its release (on a day when the air conditioning had failed) and was totally distracted by hearing what was going to befall Ryan O’Neal’s character at every turn?   I am sure that Kubrick had a point to it, but to this day it escapes me. 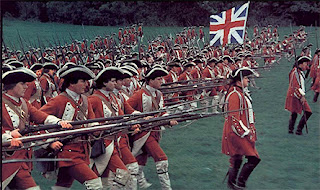 As to bonus goodies, there is a new, untitled, documentary featuring cast and crew interviews, which includes bits from a 1976 audio interview with Kubrick, plus there are new video sessions with film editor Anthony Lawson and Oscar-winner Ken Adam (Best Art Direction-Set Decoration), who is joined by historian Sir Christopher Frayling … and more.

On Oct. 24 writer/director Olivier Assayas’ Personal Shopper will be making its home entertainment debut as both DVD and Blu-ray editions.   The ARR works out to 214 days and domestic box office receipts were $1.3 million.

This supernatural thriller — blending a murder mystery and the protagonist’s (played by Kristen Stewart) search for a spiritual connection with her recently deceased brother — arrives with only one bonus feature.   This is the Cannes Film Festival press conference with cast and crew members, including Stewart. 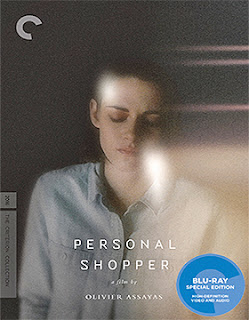 Other films on the way from The Criterion Collection in October include: director Carl Theodor Dreyer’s 1932 German-language film, Vampyre (Oct. 3), director David Lynch’s 1992 theatrical release of Twin Peaks: Fire Walk With Me (Oct. 17, a new 4K transfer supervised by Lynch … plus a new 90 minute presentation of deleted and alternate takes that is titled The Missing Pieces) and lastly on Oct. 10 we have the offbeat “mermaid” tale from Polish filmmaker Agnieszka Smoczyńska, The Lure (it too is making its home entertainment debut here … ARR is 249 days and arthouse exhibition receipts were $98,818).