Arrow Video Picks Aug. 14 For The Release Of A Blu-ray Edition Of Herschell Gordon Lewis' The Gore Gore Girls 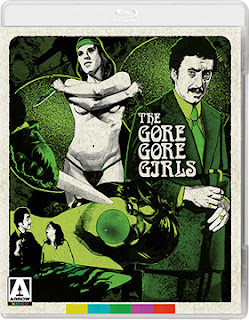 Back in October of 2016 Arrow Video released the Herschell Gordon Lewis Feast, which may have been out of the price range of some fans, so during the past year the various components of that 14-film collection have been broken out as stand-alone presentations.   The latest, on Aug. 14, will be a Blu-ray presentation of director Herschell Gordon Lewis’ 1972 splatter/horror/mystery, The Gore Gore Girls.

When the body count begins to mount at the local strip club (run by none other than Henny Youngman) — Suzie Cream Puff, Candy Cane and the lovely Pickles all meet horrible deaths at the hands of a masked killer — a hot-shot reporter by name of Nancy (Amy Farrell), from the tell-all rag, “The Globe,” thinks that the gruesome crimes might be a terrific story and a great photo spread.

To make this happen, she recruits Abe Gentry (Frank Kress), a sleazy and in-your-face PI, to get to the bottom of it … and to be her personal guide into the lurid world of strip clubs and these violent murders. 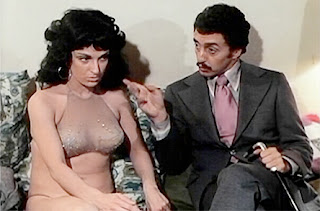 With Herschell Gordon Lewis as the filmmaker you know that the killings will be blood red and controversial (meaning: “let’s ban this”) and The Gore Gore Girls does not disappoint.   The film is also a bit of a mystery, with plenty of “obvious” suspects in the mix … a nice twist at the end, with poor Nancy as bait, gives us both the killer and a happy ending (time to go home)!

There are also three featurettes — “Author Stephen Thrower on The Gore Gore Girls,” “Regional Bloodshed” and “Herschell Spills His Guts.” 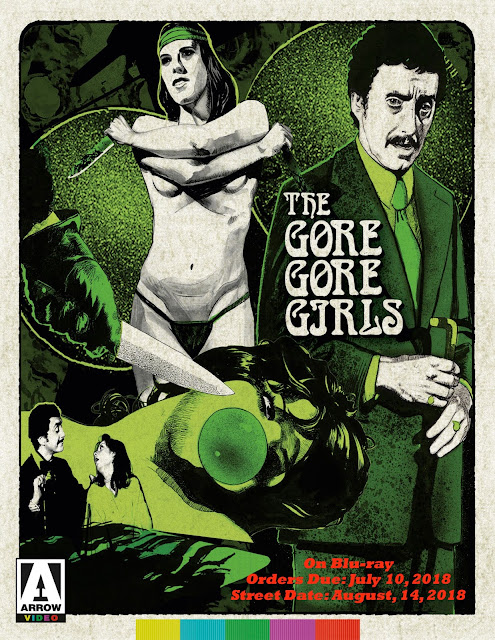 Email ThisBlogThis!Share to TwitterShare to FacebookShare to Pinterest
Labels: Arrow Video Picks Aug. 14 For The Release Of A Blu-ray Edition Of Herschell Gordon Lewis' The Gore Gore Girls, DVD and Blu-ray Release Report