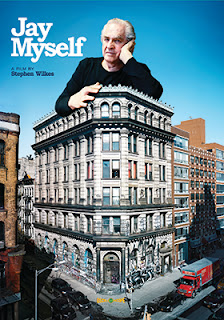 The film is killing it in its limited arthouse run.   Six weeks in release (and counting) and ticket sales have already cruised to an impressive $128,703.   Before the late July theatrical launch, the film in question opened at DOC NYC way back in November of last year, competed for the Metropolis Grand Jury Prize and made the rounds of some selected film festivals.

So what are we talking about?   What is the film?   It is noted photographer Stephen Wilkes’ documentary titled Jay Myself, and word arrived this past week from Oscilloscope Laboratories that it will be making its DVD and Blu-ray debut on Oct. 29.

And get this, so successful has the film been it is arthouse run that it has bookings into October and early November — Austin Film Society (Nov. 4), Toronto (Oct. 25), Detroit Institute of Art (Nov. 11) and more.

So why did Stephen Wilkes, whose works includes the six-year long Ellis Island project (beginning in 1998) — and the subsequent publication in 2006 of “Ellis Island: Ghosts of Freedom” — plus his famed millennial portrait in 2000 titled “America in Detail,” turn to the world of documentary filmmaking? 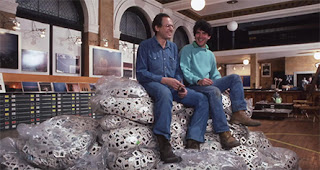 Simple, way back in 1979, when he was just starting out as a photographer he had the good fortune of being mentored by award-winning photographer Jay Maisel.   He maintained his friendship with Maisel for the decades that followed, and when the news arrived that something big was happening in the Bowery it was just too good a story to pass up.

So what is the story and what is Jay Myself all about?   It seems that in 1966 Jay Maisel bought a six-story bank building in a really bad area of lower Manhattan.   They were closing up shop and looking to dump the property and so he bought it for something like a hundred grand.   Six stories, 72 “rooms” and 36,000 square feet … and it is there that he set up shop with a studio, living quarters and vast amounts of storage. 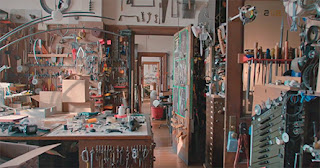 The building, located at Spring and Bowery, became legendary.   A mystery for New Yorkers … and as the years passed, the area became “gentrified” and Maisel’s home and studio became one of the greatest real estate investments of all time.

Wilkes’ Jay Myself is not so much about the biography of Jay Maisel (there is plenty there) or about the building itself, but the fact that he had decided to sell the building and “downsize” (taxes and upkeep made that an imperative) … and what caught Wilkes interest was what was in those 72 rooms, spread across six stories and over 50 years of history. 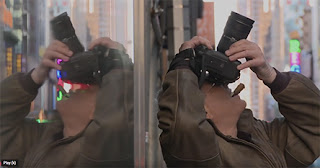 For people of New York City, this film gives insights in those mysteries.   What was stored inside for over 50 years … what treasures?   What stories?   Oh, and get this, his $100,000 investment netted him $55 million!!!

Bonus goodies include extended conversations with Jay Maisel (there is just so much there to talk about), extended interviews with his colleagues and outtakes. 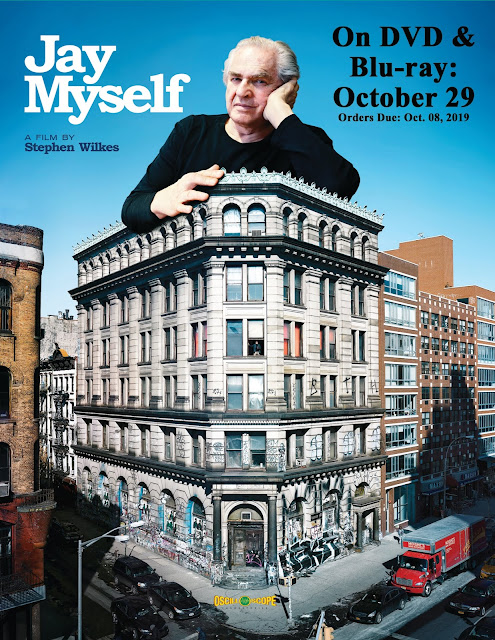