Icarus Films Teams With The KimStim Collection For The Domestic DVD And Blu-ray Release Of Filmmaker Hu Bo's An Elephant Sitting Still On Dec. 10 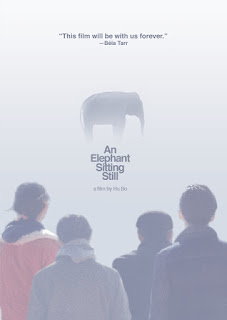 Icarus Film will be teaming up with The KimStim Collection on Dec. 10 for the domestic home entertainment launch of filmmaker Hu Bo’s An Elephant Sitting Still.   Both DVD and Blu-ray editions will be available on that date.

It has been a long and winding road to market for this award-winning film from Chinese filmmaker Hu Bo.   It opened at the Berlin International Film Festival in February of last year, where it won the Forum FIPRESCI Prize and the Best First Feature Award and was nominated for the Forum C.I.C.A.E. Award.

It was quite the feat for a first-time filmmaker, especially so for a film that clocks in at a remarkable 230 minutes.   The irony is that Hu Bo did not complete his film, but committed suicide during its production … the film was finished by a team assembled from China’s FIRST Film Festival. 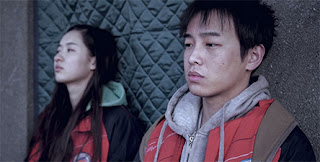 Somewhere in a remote city in China we meet four of its residents and follow them over the course of a single day.  The four have little in common.

One is a smalltime thug by the name of Yu Cheng (Zhang Yu — Ciao Ciao, Dying to Survive), who is rattled by the suicide of his best friend.  The next is Wei Bu (Peng Yuchang — Our Shining Days, The Last Wish), who runs away when he pushes the school bully down a flight of stairs.  His schoolmate, Huang Ling (Wang Uvin, aka: Wang Yuwen — Nice to Meet You), joins him — she’s been sleeping with the school’s principal.  And finally we have an old man by the name of Wang Jin (Liu Congxi — Her Father His Father) whose family wants to pack him off to a retirement facility. 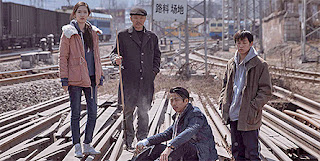 They gather by chance and soon the topic of conversation turns to the story an elephant, living in the remote border city of Manzhouli in Inner Mongolia (bordering Russia), who ignores the world and just sits there.  They must see this and so they set off to find it (think: Stand by Me … the characters going off in search of a dead body) … a journey of escape, to see perhaps an imaginary creature, but nonetheless a journey.

An Elephant Sitting Still is presented in Mandarin with English subtitles.

Also included on the Blu-ray is a short film by Hu Bo titled Man in the Well. 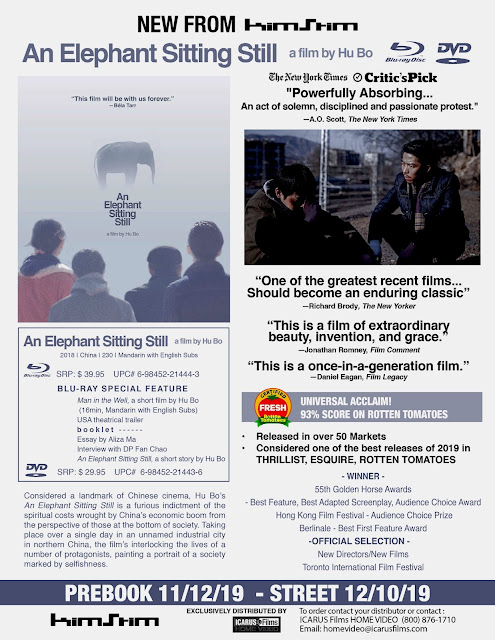 Email ThisBlogThis!Share to TwitterShare to FacebookShare to Pinterest
Labels: Icarus Films Teams With The KimStim Collection For The Domestic DVD And Blu-ray Release Of Filmmaker Hu Bo's An Elephant Sitting Still On Dec. 10