Paramount Home Entertainment Targets May 18 For The Debut Of Star Trek: Lower Decks - Season One On Both DVD And Blu-ray For Star Trek fans, especially those who remember the original series with Captain Kirk, Spock and the rest of the Enterprise crew, if a character suddenly appeared in an episode — and was wearing a certain color uniform — they would likely be vaporized or suffer some other horrible fate.   They were just random crew members who came and went, unnoticed.

Over the years they even ran contests for Trekkies to be “background” members of the crew … a moment on screen was considered a gold ticket.

Basically, you have a star ship with a crew of 400 or 500, but each series; each film, just focused on the central cast member, usually about eight.   But what of the other “lower deck” crew members, the ones that actually make everything run efficiently … the ones that are expendable if the script calls for it? 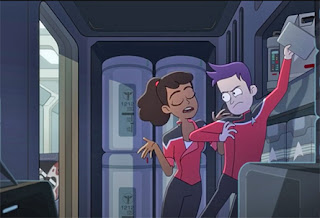 Enter Emmy-winning writer/producer Mike McMahan (Solar Opposites, Rick and Morty), who asked the same question: “What about those other crew members, they must have stories to tell?”   The result, the animated series, Star Trek: Lower Decks, which will be heading home from Paramount Home Entertainment on May 18 as double-disc Blu-ray and DVD sets titled Star Trek: Lower Decks – Season One. 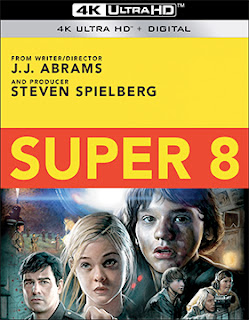 This debut season comes packed with extras, including the ten-part feature titled “Lower Decktionary,” deleted and extended scenes and more.

In other release news from Paramount Home Entertainment this past week, May 25 will be the street date for a 4K Ultra HD edition of director J.J. Abrams’ Super 8.

Bonus goodies include commentary from filmmaker J.J. Abrams, who is joined by producer Bryan Burk and cinematographer Larry Fong, plus there are deleted scenes and nine featurettes — “The Dream Behind Super 8,” “The Search for New Faces,” “Meet Joel Courtney,” “Rediscovering Steel Town,” “The Visitor Lives,” “Scoring Super 8,” “Do You Believe in Magic?,” “The 8mm Revolution” and “Deconstructing the Train Crash.” 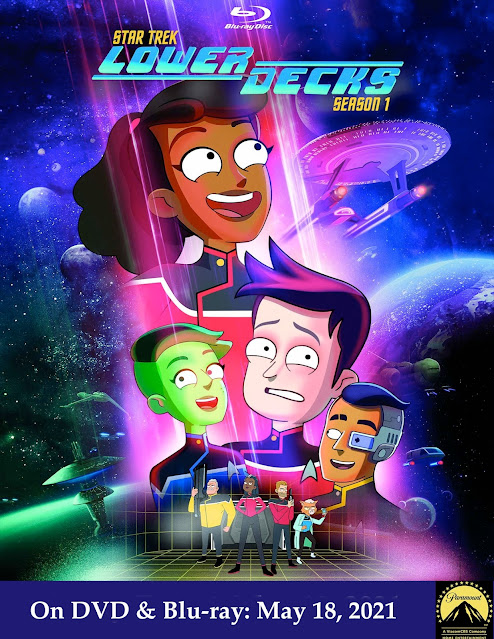 Email ThisBlogThis!Share to TwitterShare to FacebookShare to Pinterest
Labels: Paramount Home Entertainment Targets May 18 For The Debut Of Star Trek: Lower Decks - Season One On Both DVD And Blu-ray