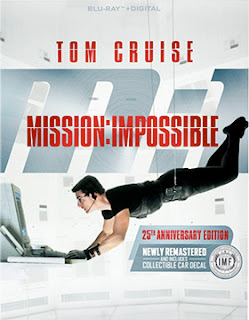 It is time for another anniversary celebration over at Paramount Home Entertainment … it seems like there is a party nearly every week focusing on another movie milestone.   So, what is the party this week?

May 18 will be the street date for a newly-remastered edition of Brian De Palma’s 1996 landmark franchise-launch release of Mission: Impossible – 25th Anniversary Edition, starring Tom Cruise as IMF agent Ethan Hunt.   So successful was this film adaptation of the Bruce Geller-produced television series of the same name that five blockbuster theatrical sequels followed … with Mission: Impossible 7 set for a theatrical launch during the Thanksgiving holiday period later this year.

This Blu-ray gem from Paramount comes loaded with extras, including a whopping eight featurettes — “Mission: Remarkable – 40 Years of Creating the Impossible” “Mission: Explosive Exploits,” “Mission: Spies Among Us,” “Mission: Catching the Train,” “Mission: International Spy Museum,” “Mission: Agent Dossiers,” “Excellence in Film: Cruise” and “Generation Cruise” — plus an impression collection of all of the theatrical trailers for the films in the series and an extensive photo gallery. 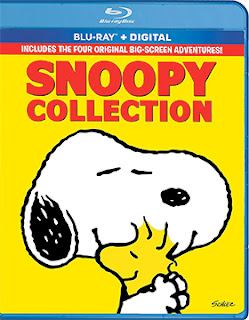 In other release news from Paramount Home Entertainment this past week, on the same day, May 18, that Mission: Impossible – 25th Anniversary Edition heads to the Blu-ray marketplace, so too does the four-film collection (on Blu-ray) that is titled, Snoopy 4-Movie Collection.

Fans of Charlie Brown and the Peanuts gang, which, of course, includes Lucy and Snoopy, can relive memories with their Christmas of 1969 theatrical debut from director Bill Melendez, A Boy Named Charlie Brown.

Also included in this memory lane animated collection of Peanuts adventures are Snoopy, Come Home (1972), Race for Your Life, Charlie Brown (1977) and the 1980 Memorial Day weekend launch of Bon Voyage, Charlie Brown (and Don't Come Back!!). 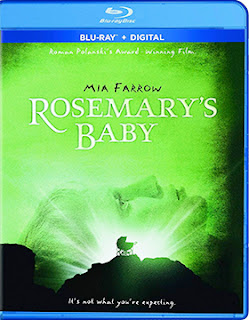 Making their respective Blu-ray debuts are director Phillip Noyce’s introduction of writer Leslie Charteris’ famed Simon Templar to the big screen with the 1997 hit film, The Saint, starring Val Kilmer as Templar, with Elisabeth Shue as his co-star; Chris Kattan and Will Ferrell are the Butabi Brothers in director John Fortenberry’s 1998 laugh riot, A Night at the Roxbury … with Richard Grieco as Richard Grieco (that’s a running gag), and Robert Redford gets in on the action as both a director, with the 2000 film adaptation of Steven Pressfield’s novel, The Legend of Bagger Vance (with Will Smith, Charlize Theron and Matt Damon), and as the star of director Rod Lurie’s 2001 thriller, The Last Castle (with James Gandolfini and Mark Ruffalo).

Rounding out the new-to-Blu-ray film releases from Paramount Home Entertainment on May 25 are Get Rich or Die Tryin', Tupac: Resurrection and Tuxedo. 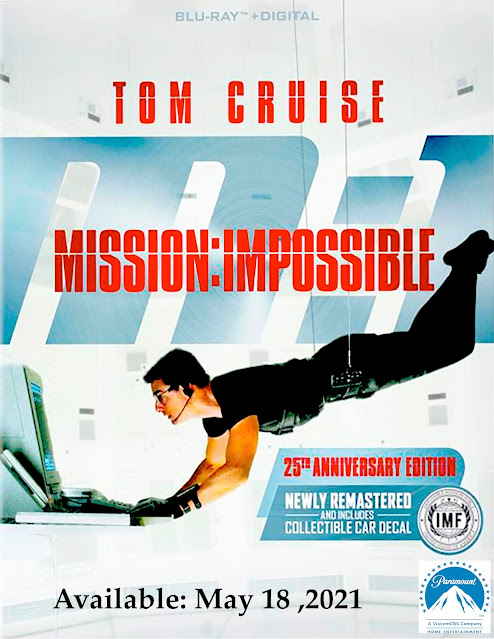 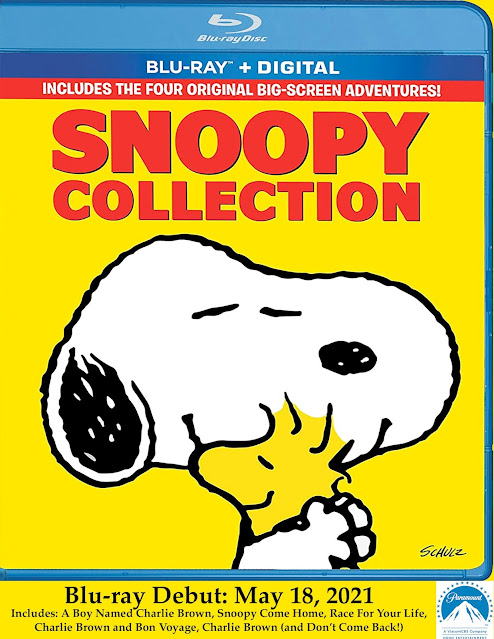