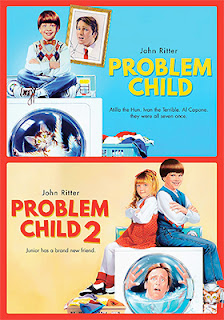 On June 8 there will be a double-dose of trouble on DVD.  That’s the street date that Mill Creek Entertainment has assigned for the price-to-collect release of Problem Child Double Feature.

Actor-turned-director Dennis Dugan hadn’t done any feature films as a director, just some episodic television work, a few episodes of Moonlighting, a couple of Hunter episodes, so when he began filming his first feature film, Problem Child, in and around Dallas in the fall of 1989 no one thought much of it.

He had spent something like two months interviewing hundreds of kids for the central role of “Junior” …that got some press.   Then the trades erupted with news early in 1990 that about two weeks-worth of re-shoots were required (that’s usually not a good sign) … and as soon as the film opened theatrically in July of 1990, newspapers were running stories that the American Humane Association was upset with “animal cruelty” issues.

Problem Child was a problem, right?   WRONG!!   This modest-budget studio production — with a debut director — pulled in over $50 million.   It was a smash hit. 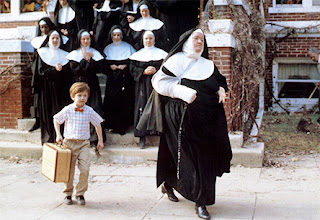 Problem Child is funny because it operates in something of an alternate universe.   No one seriously believes that people would keep abandoning “Junior” (played by newcomer Michael Oliver) because he is a deviously little, ah, tyke (there are other words more appropriate) … and that he would adopt the mannerisms of a serial killer (the bow tie is cute, come on).

The comedy set-up is prepared beautifully as we know that “Junior” is a cunning little rascal who gets streamlined adoption treatment by all involved to find him a “home” as quickly as possible … and the unsuspecting parents are Ben (played by John Ritter, who had become a household name after the long-running Three’s Company television series) and Flo Healy (Amy Yasbeck — Pretty Woman, Robin Hood: Men in Tights, The Mask), who are having problems of their own. 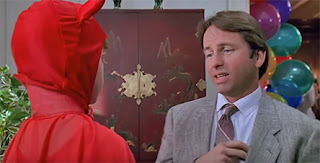 It is a cool sight gag seeing the nuns at the St. Brutus Orphanage lock the gates as the Healy’s drive away with their newly adopted son.   What follows is pure “black comedy” as “Junior” does his best to wrangle escaped serial killer, Mark Beck (played by none other than Michael Richards, who won three Emmys for his portrayal of Kramer on Seinfeld), to come rescue him.   And it doesn’t take long for Ben to realize that a demon is living with them.

So successful was Problem Child that the following summer a sequel, Problem Child 2, arrived in theatres … which is included here from Mill Creek Entertainment as a double-feature. 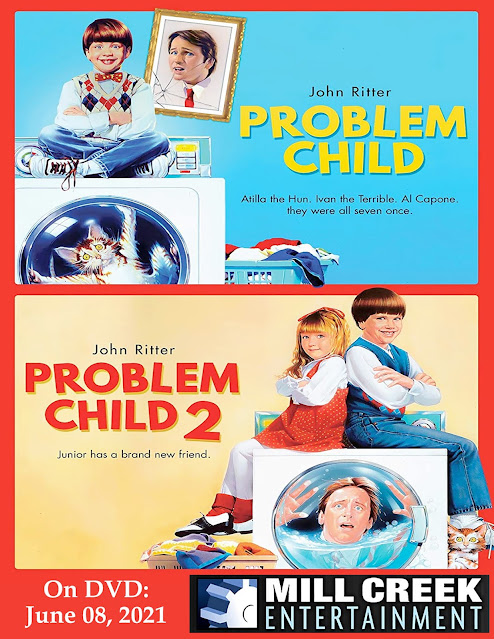