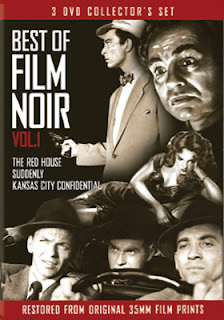 Film Chest will deliver to the collector’s market on May 28 a trio of film noir classics in the DVD release of Best of Film Noir, Volume One.

All three films have been restored from the original 35mm prints and include before-and-after restoration examples, audio commentaries and poster galleries.