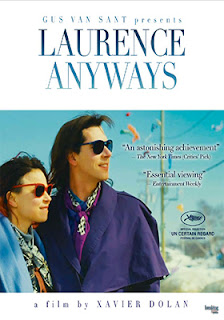 The story of the relationship between Laurence (Melvil Poupaud — Time to Leave, Broken English, 44 Inch Chest, etc.) and Frederique (Suzanne Clement — L'Audition, It's Not Me, I Swear!) spans a ten-year period that begins in the late ‘80s and has more emotional ups, downs and twists than a five star rollercoaster.

Two years into their relationship, Laurence — a high school teacher and soon-to-be-published author — announces to his fiancé that he feels that life going forward for him should be as a woman.  He’s always felt that way and it has taken him some time to work up the emotional courage to announce his decision.

The relationship comes undone, but soon she returns out of love and agrees to help him with his transformation.   His mother (a nice turn by Nathalie Baye) is more understanding when she tells him, “I never felt you were my son, but you’re my daughter.” 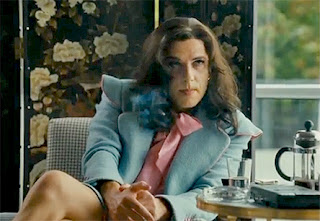 Transformation at school does not go well, even though the students in his class prove to be accepting … the faculty and administration, less so.  Depressed, out of work, he eventually drives “Fred” (Frederique) away … but she remains deeply in love with him as events unfold and future relationships are pushed to the breaking point.

Presented in French, with English subtitles, bonus features include deleted scenes, with the Blu-ray SKU also including the featurette titled “MoMA Presents: An Evening with Xavier Dolan.”