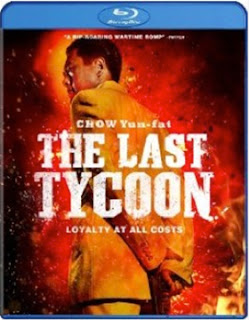 Well Go U.S.A. continues to be the source for most of the best films coming out of Asia these days, especially China.   The latest of these of these cinema gems, director Wong Jing’s gangster saga, The Last Tycoon, will be available on Sept. 17 as both DVD and Blu-ray SKUs.

Told in two distinct segments — circa 1913 and 1937 — we follow the career of future crime lord Cheng Da Qi (played by Huang Xiaoming and Chow Yun-Fat respectively), the story of which is loosely based on the actual life of Shanghai gangster Du Yuesheng.

Basically, we get a look at his early life and the events that bring him to Shanghai.   The film then skips ahead to the pivotal year of 1937, with Da Qi fully established as the head of the drug trade, in bed with the local secret police, however the Japanese Empire is ready to move on Shanghai and he must make some life-altering decisions. 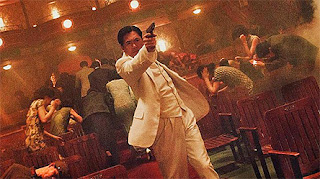 As if that wasn’t tense enough, overlaid onto this story is a life-long love affair and marriage — but not to the same woman.  Events during the first part of story separated him from his true love, later he marries a beautiful woman of power, but finds as the Japanese menace draws near that the love of his youth is in Shanghai, but married to another man.

The Last Tycoon is presented in Mandarin with English subtitles.  Bonus features include a making-of featurette.

Email ThisBlogThis!Share to TwitterShare to FacebookShare to Pinterest
Labels: DVD and Blu-ray Release Report, Well Go U.S.A.'s The Last Tycoon On DVD And Blu-ray On Sept. 17