Virgil Films And Entertainment Selects Oct. 1 For The DVD Debut Of Underground: The Julian Assange Story 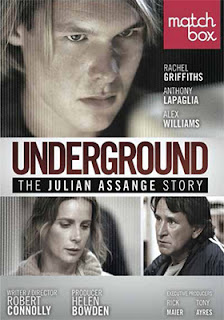 On Oct. 1, Virgil Films & Entertainment will release to the domestic DVD market Aussie writer/director Robert Connolly’s film adaptation of Suelette Dreyfus’ 1997 novel, “Underground: Hacking, Madness and Obsession on the Electronic Frontier,” which has been retitled for the screen as Underground: The Julian Assange Story.

With the new title in place it doesn’t take too much imagination to figure out that this biopic takes a look at the early life – and upbringing — of the editor-in-chief and founder of WikiLeaks.

The story takes us to suburban Melbourne, Australia in the late 1980s, with the Australian Federal Police hunting for one of the world’s first computer hackers, going by the name Mendax (Assange, played by newcomer Alex Williams), who had already hacked the Pentagon and American military networks.

We follow Assange and his friends — the self-styled “International Subversives” — who try to break into computer systems belonging to the most powerful groups in the world using only home computers of the period (did we actually find those things state-of-the-art back then!!!), while fighting with each other (kids will be kids) and the detective charged with tracking them down. 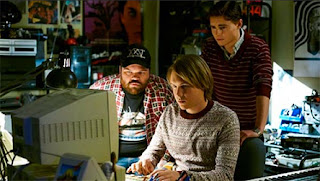 The film co-stars Oscar-nominee Rachel Griffiths as his on-the-run mother (Muriel's Wedding, Hilary and Jackie, as Brenda from Six Feed Under, etc.) and Anthony LaPaglia as the technology-challenged police detective assigned to the case.

Email ThisBlogThis!Share to TwitterShare to FacebookShare to Pinterest
Labels: DVD and Blu-ray Release Report, Virgil Films And Entertainment Selects Oct. 1 For The DVD Debut Of Underground: The Julian Assange Story