Ariztical Entertainment's Birthday Cake Ready For DVD On May 20 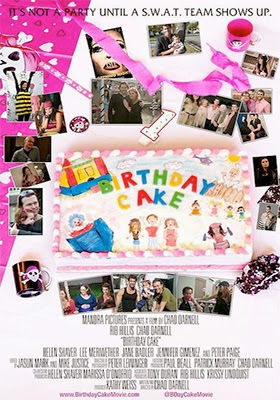 Ariztical Entertainment has selected May 20 as the DVD debut date for actor, writer and director Chad Darnell’s Birthday Cake, a “mockumentary” documenting the often hilarious events leading up to the celebration a gay couple’s biological (there’s a baby mama involved) daughter’s first birthday.

Since the mid-90s Chad Darnell has made a living as a casting director (mainly extras) … it seems to have given him a nice eye for talent in particular and the filmmaking process in general.   With Birthday Cake he takes the step to the feature film arena, after working with short films, including the 2012 award-winning Groom’s Cake upon which this film draws its inspiration.

Judging from the results it appears that everyone had a grand time, well, except for the clown!   Lots of sight gags, terrific dialog and even some commentary on family — both the family that bore them (mothers can be … we will let that go) and the family they’ve created.