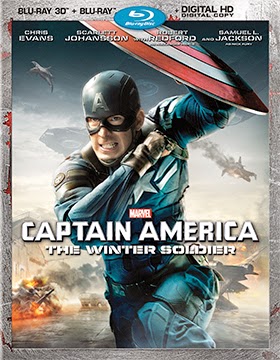 The tip off that box office monsters would be heading home came last week when Walt Disney Studios Home Entertainment announced that Need for Speed (Aug. 5) and Muppets Most Wanted (Aug. 12) were being positioned for release in August to make way for the mega theatrical hits.

Sure enough, Captain America: The Winter Soldier arrives on Sept. 9 as a three-SKU product offering (DVD, Blu-ray/DVD Combo Pack with or without a 3D viewing option).  The ARR is 158 days and ticket sales were a robust $254.1 million.