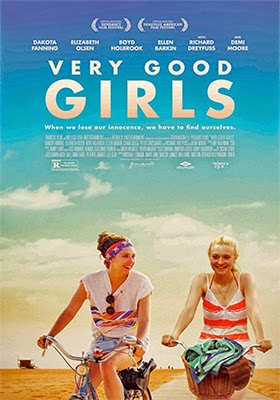 Oscar-nominated screenwriter Naomi Foner (1988 for Running on Empty) takes her first turn behind the camera (directing her own script) on Sept. 23 when Well Go U.S.A. brings to market DVD and Blu-ray editions of Very Good Girls.

A summer theatrical break is for the end of this month to raise awareness.   With Foner’s track record, the cast, which includes support from the likes of Richard Dreyfuss, Demi Moore and Ellen Barkin, Very Good Girls should do just fine … and Well Go U.S.A. will have little problem drumming up DVD and Blu-ray interest for this one during the post-Labor Day period.

Lily (Dakota Fanning) and Gerry (Elizabeth Olsen — Oldboy, Godzilla) have been friends as long as they can remember.   They could be sisters.

But the regiment — and security — of high school is over and choices need to be made.  Off to college in the fall, but one thing is for certain, it is time for men, the days of flirting with boys has suddenly slipped away. 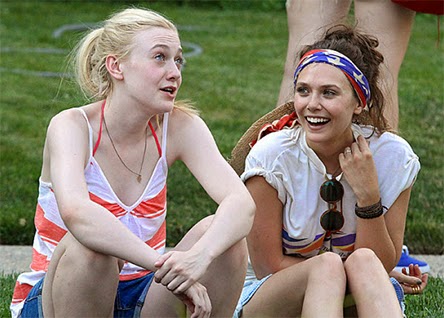 Lily is the quiet one.  Introspective, perhaps even shy, but Gerry has no such limitations.   They both come from means; good families … so they have options.  The two talk about sex … about having a relationship — falling in love — and in those friend-on-friend conversations a sort of dare is proposed, “let’s lose our virginity before we head off to college.”  Gerry is eager for, while Lily is not so sure.

Enter David, (Boyd Holbrook — The Host, Milk) a sort of everyman free spirit.  He’s handsome, intelligent and oh so sexy.  Gerry figures that he’s the one, but it is Lily that — for reasons that are not quite clear — catches his eye.   And surprise, she suddenly finds herself having an “affair;” cheating on her best friend.  She is keeping secrets that were never secrets … until now!!!