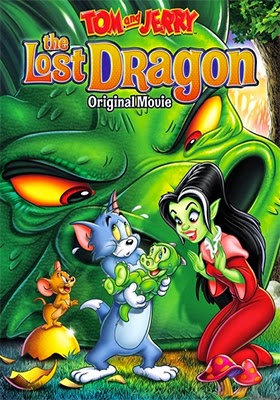 The newest animated feature-length adventure starring Tom and Jerry will be making its DVD debut from Warner Home Video on Sept. 2.

Titled Tom and Jerry: The Lost Dragon and directed by Spike Brandt and Tony Cervone (the same team that delivered Tom and Jerry's Giant Adventure last year and Tom and Jerry & The Wizard of Oz in 2011 … among others) … this time the cat and mouse duo must rescue a baby dragon named Puffy from Drizelda, a witch with some sinister plans for the little fire-breather!

Bonus features include a quartet of Tom & Jerry cartoons!