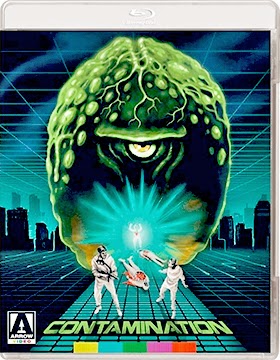 Genre fans will be jumping for joy during the month of June as Arrow Video, with sales and distribution expertise provided by the MVD Entertainment Group, has one horror and one sci-fi film restoration ready for delivery as Blu-ray/DVD Combo Packs during the month.

On June 23 a new hi-def transfer of director Luigi Cozzi's 1980 alien invasion classic, Contamination, will be ready for fans to enjoy.

It’s Alien meets Invasion of the Body Snatchers as the “seeds” of an invasion have been delivered and an unlikely trio must find the source — hidden deep in the jungles of Colombia — or this planet will have a new species at the top of the food chain. 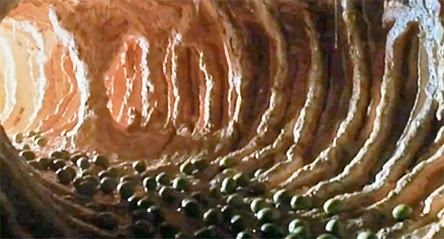 Horror icon Lon Chaney, Jr. stars as Bruno, the caretaker of a trio of adult siblings —  “adult children” — afflicted with “Merrye Syndrome,” a neurological disorder that strikes at the beginning of puberty and progressively turns its victims into sexual deviants with a predilection towards unspeakable acts of violence. 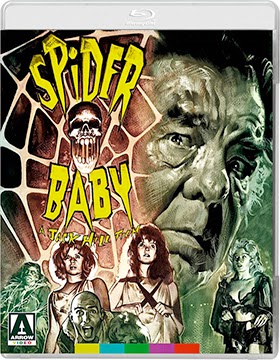 Bonus features include commentary with filmmaker Jack Hill (The Big Bird Cage, The Swinging Cheerleaders, etc.) and actor Sid Haig (The Devil’s Rejects), an alternate opening sequence, an extended scene, a behind-the-scenes photo gallery, a 2012 panel discussion featuring Jack Hill and actors Quinn K. Redeker (Oscar-nominated for Best Writing of The Deer Hunter, plus as an actor in such films as The Candidate, The Midnight Man, At Long Last Love, etc.) and Beverly Washburn (as Lt. Arlene Galway in the Star Trek television series) and a trio of featurettes.