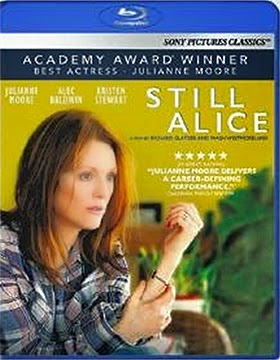 So exactly how do the rules work at the Academy of Motion Pictures Arts and Sciences when it comes to what is — and what isn’t — eligible for Oscar consideration?

The long-standing directing team of Richard Glatzer and Wash Westmoreland’s film adaptation of the Lisa Genova novel, Still Alice, worked the festival circuit during the fall of 2014 and then suddenly — in the teeth of the notorious Sony Pictures “hack attack” — got a mysterious Dec. 5 domestic theatrical release.

No box office grosses were reported for this “two theatre” run, which conveniently made the film eligible for Oscar consideration.   The film didn’t “officially” open until Jan. 16 — wouldn’t that make it a 2015 film?

The reason for this sudden move in December is that during the film’s festival run there was tremendous buzz over the performance of Julianne Moore as a college professor struggling with the effects of Early-onset Alzheimer's disease.   With the world literally crashing about them, someone at the studio was still thinking strategically and had the presence of mind to organize a hasty Oscar-qualifying run for the film. 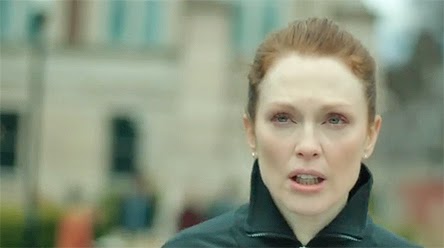 It worked like a charm.   Julianne Moore was not only nominated for Best Actress, but actually won the Oscar.   It was a relatively weak field of selections and Reese Witherspoon would have been the likely frontrunner without Sony Pictures clever, last minute move.   The reason the box office receipts were not reported is probably a result of literally no one seeing the film during the Dec. 5 one-week run.   Was it even advertised?

Now word arrives this past week from Sony Pictures Home Entertainment that Still Alice will be released on DVD and Blu-ray on May 12.    The ARR for that date works out to an industry average of 116 days and domestic ticket sales were a disappointing $16.4 million.

It will be DVD and Blu-ray to the rescue — at least people will have a chance to see the film now.

As to bonus goodies, there are a trio of deleted scenes and a pair of production featurettes — “Directing Alice” and “Finding Alice.”

Email ThisBlogThis!Share to TwitterShare to FacebookShare to Pinterest
Labels: DVD and Blu-ray Release Report, Sony Pictures Home Entertainment Tabs May 12 As The Street Date For DVD And Blu-ray Editions Of Still Alice