Artsploitation Films Tabs Sept. 29 For The DVD Debut Of Director Iván Noel's Children Of The Night 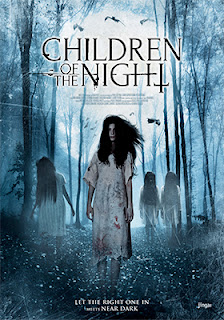 Globetrotting filmmaker Iván Noel will get a domestic DVD push for his different take on the subject of vampires this coming Sept. 29.   That’s the street date that Artsploitation Films has selected for Children of the Night (aka: Limbo).

When a child becomes the victim of a vampire — and is converted — their age is fixed.   They will always be of that form, that of a child.

Such a “colony” of children are gathered together in a remote “orphanage” on the outskirts of the city of Córdoba in Argentina (the north-central part of the country, about 300 miles inland from Buenos Aries).

They are segregated, or perhaps better stated, quarantined, from the overall population as they suffer from a “skin disease,” but that’s really a cover story to keep nosey neighbors away — they are literally the “children of the night.” 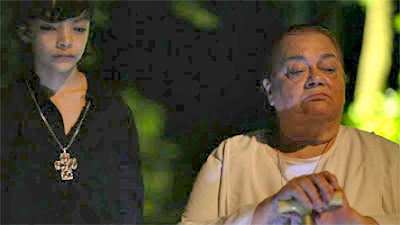 Filmmaker Iván Noel uses the arrival of Alicia (Sabrina Ramos), a reporter, at the facility lorded over by Erda (Ana María Giunta), a retired nurse who has taken on the trappings of a religious figure, to introduce us to the narrative that will unfold — think: Van Helsing arriving at Castle Dracula.

Alicia thinks that she is onto a story about missing and exploited children, but soon learns that the brood of kids living there are of quite a different ilk!!!

Children of the Night is a neat blend of humor and horror, with a dash of social commentary.   The use of children as ageless vampires — and Alicia’s growing fondness for them (perhaps the aging Erda’s replacement) — works surprisingly well, especially with Lauro Veron as the grandson of Dracula (who knew!).

Children of the Night is presented in Spanish with English subtitles.

Email ThisBlogThis!Share to TwitterShare to FacebookShare to Pinterest
Labels: Artsploitation Films Tabs Sept. 29 For The DVD Debut Of Director Iván Noel's Children Of The Night, DVD and Blu-ray Release Report