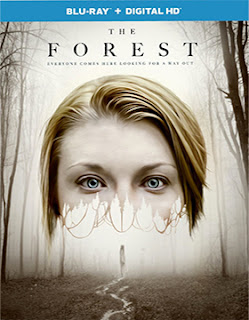 Universal Studios Home Entertainment was very busy this past week with announcements for not one, but three recent box office successes that will making their way from your local multiplex to the home entertainment market place.

Leading the hit parade is director Jason Zada’s horror chiller, The Forest, which arrives as separate Blu-ray and DVD product offerings on Apr. 12 (VOD is on Mar. 22).

The ARR works out to 95 days and ticket sales during the film’s domestic theatrical run came to $26.4 million.

Bonus goodies include commentary from filmmaker Jason Zada, storyboards and the featurette titled “Exploring The Forest.”

Two weeks later, Apr. 26, Universal will be back with both Ride Along 2 and Krampus.   Planned for both films are Blu-ray and DVD SKUs.

Director Tim Story’s Ride Along 2, re-teaming Ice Cube with Kevin Hart, pulled in a solid $86.5 million and arrives at retail with an ARR of 102 days. 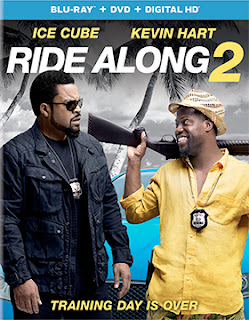 Bonus features include commentary from filmmaker Tim Story (Ride Along, Taxi, Fantastic Four, etc.), deleted scenes, a gag reel and four production featurettes — “Ride Along With Us,” “Behind the Scenes of Ride Along With Us,” “Kevin & Cube: Brothers-In-Law” and “Inside Black Hammer Vision.”

Running in tandem to retail with Ride Along 2 on Apr. 26 is writer/director Michael Dougherty’s tongue-in-cheek seasonal horror treat, Krampus … DVD and Blu-ray editions are in the works.

The ARR is 144 days and ticket sales during the Christmas holidays were an impressive $42.7 million.

Bonus features for Krampus include commentary from filmmaker Michael Dougherty (Trick 'r Treat), who is joined by co-writers Todd Casey and Zach Shields, alternate, deleted and extended scenes, a gag reel and the featurette titled “The Naughty Ones: Meet The Cast.”