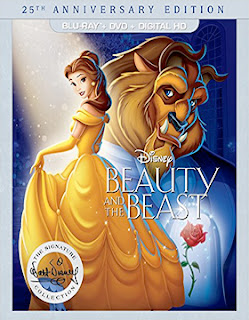 Walt Disney Studios Home Entertainment continues to sidestep support for the newly launched 4K Ultra HD format with news this week that the directing team of Gary Trousdale and Kirk Wise’s 1991 landmark animated hit, Beauty and the Beast, will be getting a 25th Anniversary Edition promotion on Sept. 20.

There will be a Blu-ray/DVD Combo disc featuring “four” different viewing options — the original theatrical release, a workprint version, which was screened at the New York Film Festival about five months before the film opened, an “extended” version (featuring the “Human Again” song sequence) and a “sing-a-along” version.

The press release says squat about a new transfer — either 2K or 4K — so this appears to be the 2010 “Diamond Edition” dusted off for another bite at the apple.

Disney missed the boat with Star Wars: Episode VII – The Force Awakens as a 4K Ultra HD release, but was understandable to a degree in that the film was moved quickly to market in April (just 109 days from its theatrical launch) and the format had only been launched one month earlier.   They can always revisit a 4K Ultra HD version at some future point. 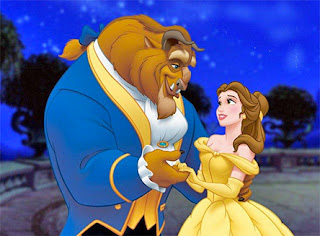 But skipping this opportunity is a bit puzzling.

As to bonus goodies, in addition to the four viewing options, there are five newly prepared featurettes — “Menken & Friends: 25 Years of Musical Inspiration,” “#1074: Walt, Fairy Tales & Beauty and the Beast,” “Always Belle,” “The Recording Sessions” and “25 Fun Facts About Beauty and the Beast” — plus there’s a sneak peek at director Bill Condon’s new live-action version (in theatres Mar. 17 of next year) starring Emma Watson as Belle and Dan Stevens (perhaps best knows as Matthew Crawley in the Downton Abbey television series) as The Beast.