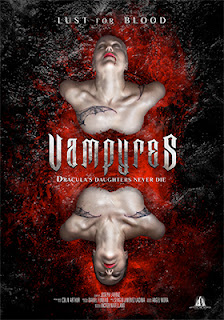 Artsploitation Films has tagged Sept. 27 as the street date for the DVD debut of Spanish filmmaker Víctor Matellano’s English-language Vampyres, an updated homage to Joseph Larraz’s 1974 classic of the same name (and spelling).

Production values, a sweet soundtrack and some terrific f/x are combined with the seductress vampires — Marta Flich (as Eva in Omnivores) and Almudena León — to delivery a film that genre-fan’s would easily describe as a “horror dream.”

And, in addition to their tried and true ways of seducing men to their doom, they also expand their horizons to young things in the nearby woods.    Plus, for horror affectionados the luscious, and seemingly ageless, Caroline Munro (yes, Bond Girl — The Spy Who Loved Me), maintains order at the chalet that is the feeding ground for vampires, Fran and Miriam. 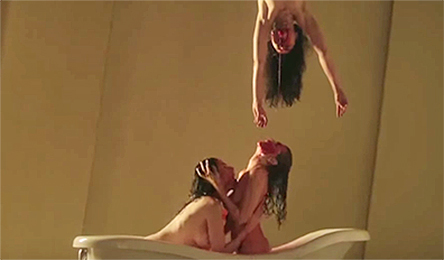