MVD Entertainment Group Tabs Sept. 27 For The DVD Debut Of Director Christopher Ray’s A House is Not a Home 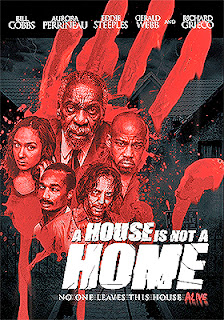 MVD Entertainment Group announced this past week that director Christopher Ray’s haunted house thriller, A House is Not a Home, will be making its DVD debut on Sept. 27.

In a creepy prologue we get more than just a hint of what is to come when a chilling 911 phone call concludes with the caller being swallowed up by a burst of light.   Cut to a real estate agent named Paul — played by Bill Cobbs, who was, among other things, Grandpa Booker in Wes Craven’s The People Under the Stairs — and you get more than just a sense that this particular property has some history to it.

The latest victims, oops, make that “clients,” are the Williams, Ben, the husband (Gerald Webb — Sniper: Special Ops, Zombie Apocalypse, etc.) and his wife Linda (Diahnna Nicole Baxter — Shadow Puppets) … he’s a successful architect, with some issues that will be revealed as the film progresses. 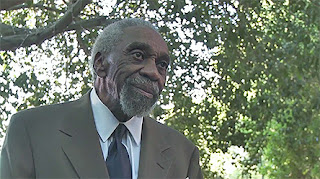 The home is beautiful and, surprisingly (tisk tisk), the price is right.   Paul is just so nice and kindly … who could say possibly say no.   We might add, the Williams have two teenage kids — Ashley (Aurora Perrineau) and Alex (Melvin Gregg) — and so this perfect family has found their perfect home.

Now the fun can begin!   In no time Ben begins hearing things and tension builds between him and his wife (the backstory of his infidelity comes into play) … he has anger issues and she takes to drinking again.  Tension builds, sweet Ashley has on-going encounters with creepy dolls that seem to magically appear in her room and her brother, Alex, complains of being spied upon. 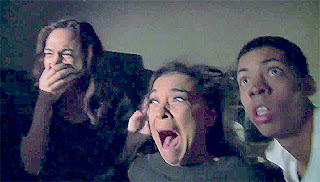 And, if you want some real creepy stuff, the 911 phone caller (played by Richard Grieco), from the opening sequence, keeps materializing here and there.   Things progress in more and more sinister ways and the Williams finally come to the conclusion that their home is haunted and despite their best efforts (including an “exorcism”) their fate is likely sealed! 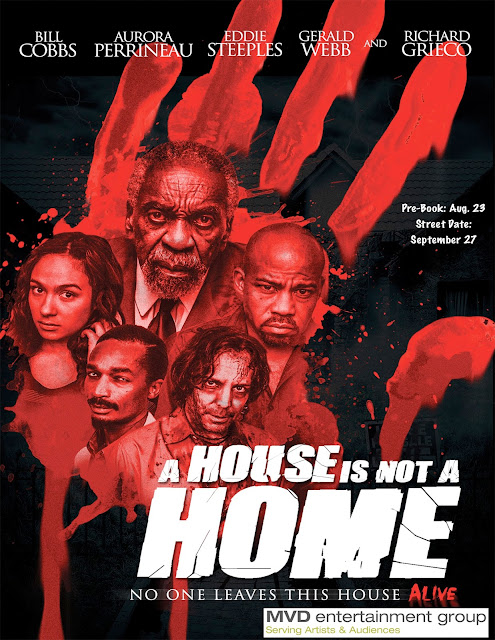 Email ThisBlogThis!Share to TwitterShare to FacebookShare to Pinterest
Labels: DVD and Blu-ray Release Report, MVD Entertainment Group Tabs Sept. 27 For The DVD Debut Of Director Christopher Ray’s A House is Not a Home