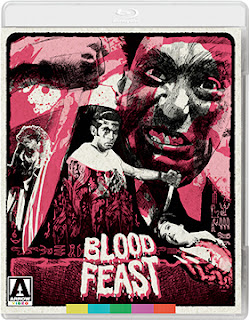 As Halloween of 1963 approached a small film production company was about to make history with the release of Blood Feast, the first “gore-fest” film from fledgling filmmaker Herschell Gordon Lewis.

Lewis was an academic, complete with a Masters Degree from Northwestern University, but advertising and television commercial production were the gateway to a career in filmmaking.   His “graduate film school” education came in the form of a series of early 1960s sexploitation films — Living Venus, Nature’s Playmates, Daughter of the Sun, etc. — and then a four-day production shoot for Blood Feast, which is any by standard cheap and threadbare.

But Blood Feast did have one thing going for it … blood and gore (by the buckets).    It delivered exactly what was promised.

Herschell Gordon Lewis stature as the “Godfather of Gore” would be secured within the next two years with the release of Two Thousand Maniacs! in 1964 and Color Me Blood Red the following year.   But it all began with Blood Feast! 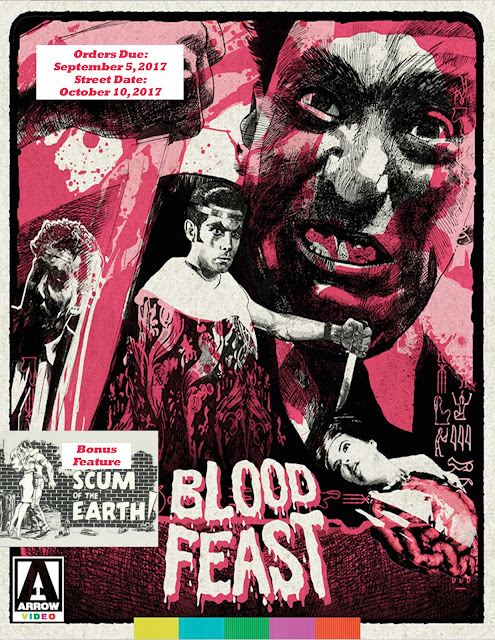