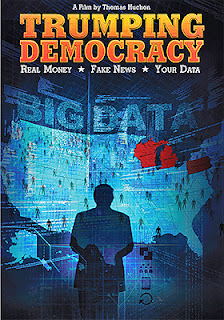 French journalist and documentary filmmaker Thomas Huchon’s look at the 2016 election of Donald Trump as the 45th President of the United States, Trumping Democracy, will be making its DVD debut on Dec. 5 courtesy of Cinema Libre.

While candidate Hillary Clinton was busy doing victory laps, Donald Trump and his campaign team were making four or five campaign stops per day during the final weeks of the campaign in states that were considered safe for Clinton.

Huchon, through a series of interviews featuring the likes of Sanders for President senior advisor Tad Devine and The Atlantic’s Rosie Gray, shows how psychometrics — the use of data, from such sources as Google, Facebook and more, was gathered and used to target specific voting groups to manipulate and flip them to the Trump camp. 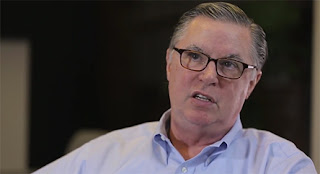 In addition to the aforementioned Rosie Gray, the White House correspondent for The Atlantic, and Sander campaign advisor Tad Devine (who also served on Al Gore’s 2000 and John Kerry’s 2004 Presidential Campaigns and is the president of the D.C.-based media consulting firm, Devine Mulvey Longabaugh), Huchon interviews both Stanford professor Dr. Michal Kosinski, who was profiled on CNN as to the role of big data in the 2016 campaign and has testified before the U.S. Equal Employment Opportunity Commission on the implications of the use of “big data” for equal employment opportunity, and Brendan Fischer, of The Campaign Legal Center, where he focuses on federal regulatory agencies, including the Federal Election Commission.

They point to the role of hedge fund manager and political activist, Robert Mercer, in funding the Trump campaign and inserting both Bannon and Conway into key positions.  On election night, Hillary Clinton … “never saw it coming.” 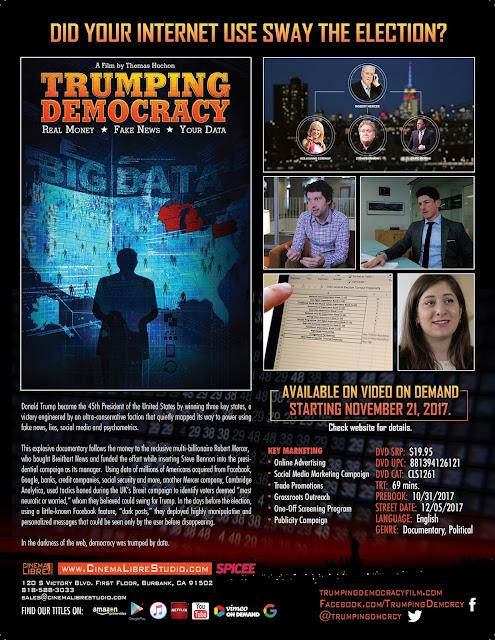