Director Jeanne Herry’s Number One Fan On DVD On Oct. 2 From Icarus Films 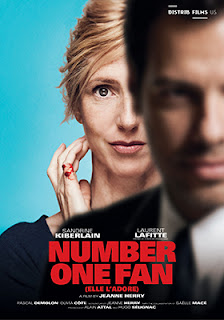 The Distrib Films’ production of director Jeanne Herry’s Number One Fan will be making its domestic DVD debut on Oct. 2.   Icarus Films will be guiding the sales and distribution efforts.

Sandrine Kiberlain (eight César Awards nominations for acting, including wins for En Avoir (Ou Pas) and 9-Month Stretch) is absolutely magnificent as Muriel Bayen, a divorced mother of two daughters who works as a beautician.   Well, she’s not magnificent for those attributes.  There are two other qualities about Muriel that separate her from “normal” people.

First, she can’t engage in a conversation without spinning it into an elaborate story full of “artistic license.”   In other words, she’s a compulsive liar … a spinner of yarns.   And secondly, and perhaps more important for the story that unfolds, she is the number one fan of recording artist Vincent Lacroix (Laurent Lafitte — Elle, Tell No One, etc.).

She attends as many as his concerts and television events that she can, she lives on his web site and has all of his CDs.   She is a fan … a fanatic.   And guess what, Vincent has noticed her, which brings us to the fateful night that sends Herry’s story into full frantic motion. 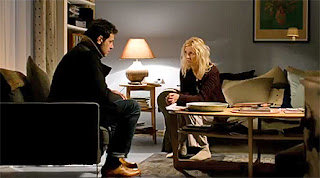 Imagine that you are Muriel for a moment and the object of attention, Vincent, comes knock, knock, knocking at your front door.   He needs your help.   Wow, of course she is all in, even if it involves the disposal of his girlfriend’s body.

Vincent knows that Muriel is a super fan, but what he doesn’t know is that other little foible of hers … that story invention part.   Throw in a couple of romantically-involved police detectives, a dead body and Muriel being grilled for details and you can only imagine how difficult it would be for even the like of Alfred Hitchcock to keep up with all of the plot twists and turns … and Muriel inventions!

Number One Fan is part neo-noir thriller, part black comedy … and with Sandrine Kiberlain’s performance as Muriel, it is over-the-top engaging.   On DVD this coming Oct. 2, presented in French with English subtitles. 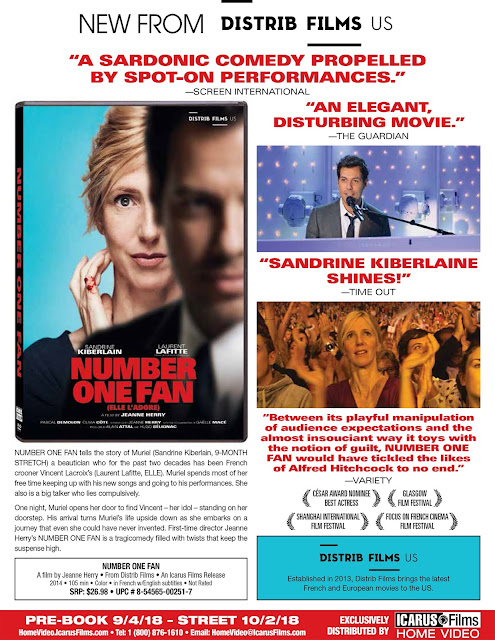