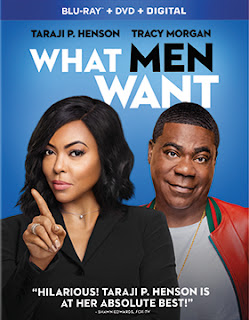 Paramount Home Media announced this past week that director Adam Shankman’s What Men Want will be making its home entertainment packaged media debut on May 7 as both DVD and Blu-ray/DVD Combo Pack product offerings.

The ARR is a swift-to-market 88 days and domestic box office receipts were a solid $54.1 million.

In a flip on the Mel Gibson hit comedy, What Women Want, Taraji P. Henson (Empire’s Cookie Lyon) stars as Ali Davis, a sports agent who is constantly knocked out of the big sports deals because she is woman.   When she get the power to hear the thoughts of her rivals and potential male clients, everything changes … she’s a winner, winner, winner!

Not just in the competitive world of being an agent for high-profile professional athletes, but in other “endeavors” as well!! 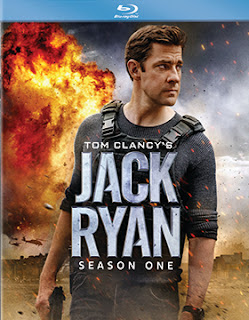 Bonus features, which are exclusive to the Blu-ray SKU, are top-lined by commentary from director Adam Shankman (Rock of Ages, Hairspray, A Walk to Remember, The Wedding Planner), who also provides an introduction to deleted and extended scenes.

Other bonus nuggets include a gag reel and half-dozen featurettes — “The Dream Team,” “Flipping the Narrative,” “What DO Men Want?,” “Poker Night,” “Ali + Athletes” and “Sister Spills the Tea infomercial.”

In other release news from Paramount Home Media this past week, the Amazon Prime cable series, Tom Clancy's Jack Ryan: Season One, will be available as a double-disc Blu-ray edition on June 4.

All eight episodes from the first season (already renewed for season two) are included here … bonus features include a quartet of deleted scenes.