The Film Detective To Release The Double Disc Set Of Laurel & Hardy: One Fine Collection On DVD On April 1 (no foolin') 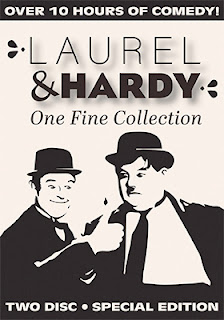 The Film Detective, working with archives of Scott Entertainment and original film elements courtesy of Richard Feiner & Associates, has assembled a dream collection of Laurel and Hardy short films that will be available for fans, collectors and curious to own on Monday, April 1.

The collection includes their first screen appearance together, director Jess Robbins’ 1921 silent short film titled The Lucky Dog, featuring Stan as a dog lover who falls for the owner of a poodle (played by Florence Gilbert) and is robbed at gun point by Oliver.

It would be another five years before the future comedy team would appear in a film together, this was director Fred Guiol’s 1926 Hal Roach Studios’ production of 45 Minutes from Hollywood (Stan was hotel guest and Oliver was the house detective … they do not share any scenes together). 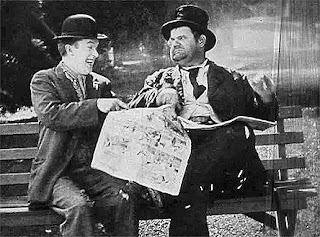 This all changes in March of 1927 when the two are teamed in Duck Soup, also directed by Guiol and produced by the Hal Roach Studios … you can say that they were “born” as a comedy team in this film.   Ironically it was considered a lost film for five decades.

1928 opens with the directing team of Clyde Bruckman and Leo McCarey serving up the Hal Roach Studio’s production of Leave ‘em Laughing.   The laugh-filled year continues with the likes of Flying Elephants, The Finishing Touch, Their Purple Moment, Habeas Corpus, We Faw Down and two cuts of You're Darn Tootin'. 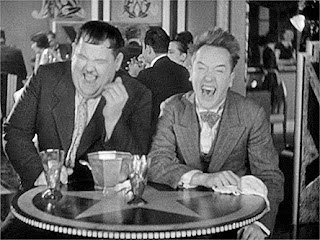 The last of the silent films — all released in 1929 — included in the collection are: That's My Wife, Liberty, Big Business, Angora Love and Double Whoopee, which is also included as a sound version (look for Jean Harlow).

The comedy team of Laurel and Hardy successfully made the transition from the sound era to “soundies” and the Film Detective has six of these early films.   Director James Parrott’s Blotto was released in February of 1930 and features Anita Garvin as “Mrs. Laurel.”

The bonus short films include the 1931 Paramount Pictures’ all-star comedy, Stolen Jools — which showcases the comedy talents of Laurel and Hardy with the likes of Buster Keaton, Our Gang members Farina, Stymie and Chubby, plus Wallace Beery, Joan Crawford, Norma Shearer, Gary Cooper and even Pete the Dog gets in on the action — On the Wrong Trek, a 1936 Charley Chase comedy with Laurel and Hardy doing a cameo appearance as hitchhikers and finally the Hal Roach short film, Mixed Nuts (1934). 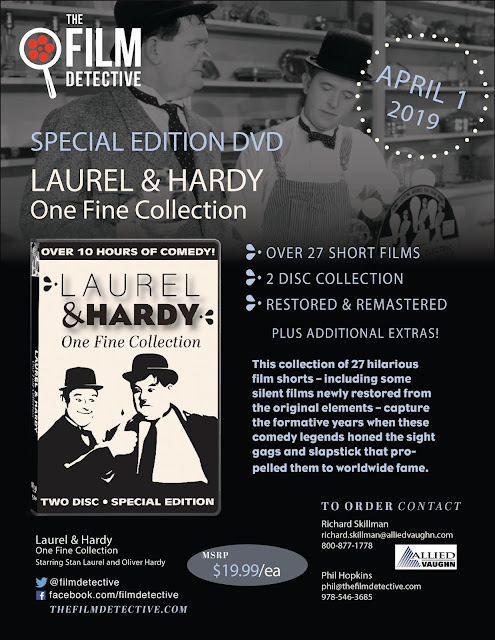 Email ThisBlogThis!Share to TwitterShare to FacebookShare to Pinterest
Labels: The Film Detective To Release The Double Disc Set Of Laurel & Hardy: One Fine Collection On DVD On April 1 (no foolin')