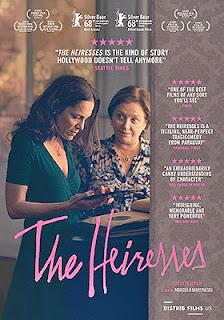 Icarus Films will be teaming up with France’s premiere film production and distribution company, Distrib Films, on July 2 for the domestic DVD debut of Paraguayan filmmaker Marcelo Martinessi’s award winning and internationally acclaimed film, The Heiresses.

Martinessi’s tale of a relationship between two women — who are essentially stuck in time — opened the Berlin International Film Festival in mid-February of 2018 and captured the Silver Bear for Ana Brun’s performance as Best Actress and Marcelo Martinessi won for Best Director (his first feature film).

An extended film festival tour — reaching all corners of the world — followed for an entire year, with Best Picture, Best Actress and Best Director awards piling up along the way.   During that period, Distrib Films picked up The Heiresses for domestic theatrical distribution, which includes the home entertainment arena through the Icarus Films agreement.

The ARR works out to 165 days and domestic box office receipts recorded during the film’s brief arthouse run were $72,505 (just 6 screens at its widest point).

Chela (Ana Brun) and Chiquita (Margarita Irun) are a lesbian couple who have lived together in Paraguay’s capital of Asunción for going on three decades.   They are in many ways, polar opposites … Chela is an introspective artist, while Chiquita is a free spirit, and therein lies the problem.   It seems that Chiquita’s “free spirit” nature has earned her some prison time and to make ends meet during her absence, Chela has been selling off the furniture and other heirlooms.

What makes Martinessi’s The Heiresses an interesting look at culture in South America is not the relationship between Chela and Chiquita, but the imperative that their “upper class” status be maintained … or at the least the appearances of that status.

Their home may be a little spare about now, but at least Chela has a domestic — the illusion of class and status within the community must be observed.

Meanwhile, Chiquita seems to fit right in at prison, while Chela has a difficult time adjusting, but she is soon distracted by both an impromptu business opportunity and the allure of a younger woman by the name of Angy (Ana Ivanova).

The Heiresses is presented in Spanish with English subtitles. 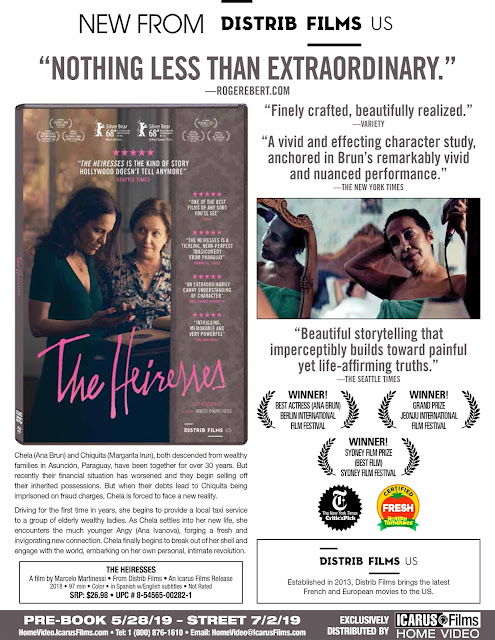