Paramount Home Media To Release Twin Peaks: From Z to A On Dec. 10 As A 21-Disc Collection 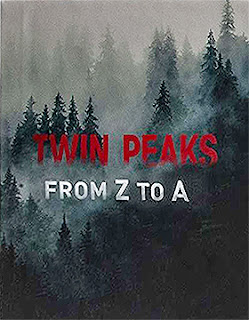 Paramount Home Media announced this past week that auteur filmmaker David Lynch’s iconic television event series, Twin Peaks, will be getting a special focus on Dec. 10 with a definitive limited edition titled Twin Peaks: From Z to A.

This 20-disc boxed set, with a bonus 4K Ultra HD disc, is limited to just 25,000 copies and features both seasons of Twin Peaks (1990/91) — including both the domestic and international versions of the pilot — plus Fire Walk with Me (1992) and the accompanying “Missing Pieces” (the deleted scenes from Fire Walk with Me) and Twin Peaks: A Limited Event Series (2017), which includes an 18-part behind-the-scenes look at the making of Twin Peaks: A Limited Event Series.

As to bonus goodies, the newly prepared 4K Ultra HD bonus disc showcases both versions of the Twin Peaks pilot and Part 8 of Twin Peaks: A Limited Event Series.

Additionally, there is new video session with Kyle MacLachlan (Special Agent Dale Cooper) and Sheryl Lee (Laura Palmer), who are joined by David Lynch collaborator Kristine McKenna, a new featurette titled “On the Couch,” with Harry Goaz (Deputy Andy) and Kimmy Robertson (Lucy Moran), a compilation of full-length, unedited versions of many of The Roadhouse Bar musical performances … and all of the vintage featurettes and bonus nuggets from the previously released editions of all-things Twin Peaks.

And, on Oct. 15, for those just interested in the Twin Peaks series and willing to forego the over 20 hours worth of bonus features and special packaging, there will be a 16-disc Blu-ray presentation of Twin Peaks: The Television Collection featuring all three seasons of Twin Peaks (the original two seasons from 1990/91 and Twin Peaks: A Limited Event Series (2017). 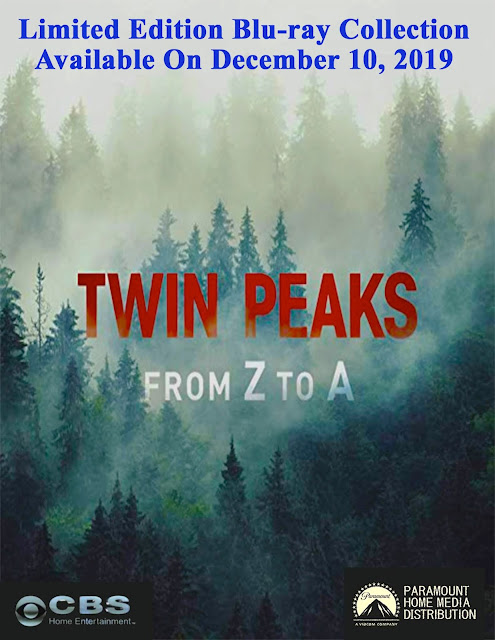 Email ThisBlogThis!Share to TwitterShare to FacebookShare to Pinterest
Labels: Paramount Home Media To Release Twin Peaks: From Z to A On Dec. 10 As A 21-Disc Collection