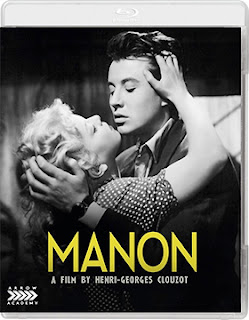 Arrow Video, with domestic sales and distribution expertise provided by MVD Entertainment Group, looks to Feb. 25 for the Blu-ray debut of French filmmaker Henri-Georges Clouzot’s 1949 film adaptation (loosely so) of Abbé Prévost’s 1731 novel “Manon Lescaut,” which arrived theatrically as simply Manon.   1950 for the domestic theatrical release, which arrived with some controversy.

During World War II, Clouzot continued to work in occupied France as a filmmaker and ran afoul of both the Vichy government and the Resistance over the release of Le Corbeau (it is a long story not to be rehashed here), which lead to him being banned for life from making any new films.    The banned was later reduced to two years.

Manon is one two films that Clouzot completed in 1947 following the lifting of the ban.   The New Wave and film noir were the trends in French filmmaking following the war, which always made Clouzot something of an oddity.   Manon is an excellent production, but it doesn’t really fit within either movement. 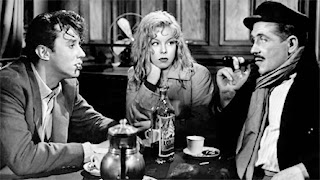 He would later deliver The Wages of Fear (1953) and Diabolique (1955), which established him, historically-speaking, as a major post-war French filmmaker (the New Wave aside).

Manon is the tale of an unredeemable and totally immoral woman by the name of Manon (played by Cécile Aubry), who is about to be executed for collaborating with the Nazis, when she is rescued by Robert Desgrieux (Michel Auclair), who, during the course of the movie, will come to regret ever laying eyes on her!!

The film came before his masterpieces, but in many ways Manon is right there with them … and certainly worth a look if it has escaped your notice thus far. 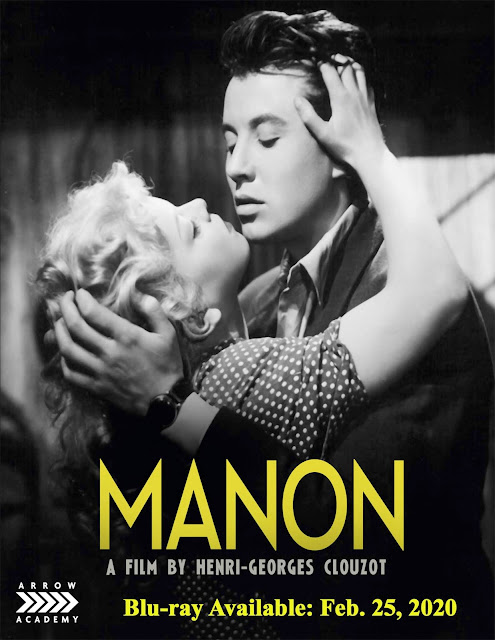