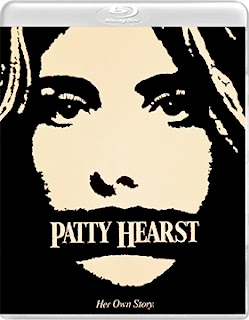 This past week, Vinegar Syndrome announced a five-strong slate of new film restorations heading to the Blu-ray marketplace on June 30.

It is, of course, always a subjective consideration as to which among the new film restorations should be considered as the leader of the pack, but let’s go with director Paul Schrader’s 1988 film release of Patty Hearst.

Based the 1982 book, “Every Secret Thing” by her and Alvin Moscow, which was subsequently re-released in paperback under the new title, “Patty Hearst – Her Own Story.”   Vinegar Syndrome has a new 2K film restoration (from an interpositive) in the works.

Told almost exclusively from Hearst’s POV (played by Natasha Richardson — Fat Man and Little Boy, Asylum, Widows' Peak, etc.), we follow her kidnapping, imprisonment and eventual conversion by the Symbionese Liberation Army and then there is the infamous, or should we say, “iconic,” Hibernia National Bank robbery.   History would record that Patty Hearst would be captured, tried, convicted, imprisoned and eventually pardoned by president Jimmy Carter.

The only bonus feature (at this time) is the video session with Paul Schrader titled “Telling Her Story.” 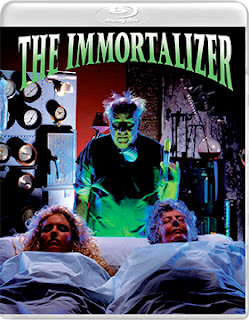 Lastly, adult filmmaker Paul Vatelli gets the double-bill treatment with I Like to Watch (1983, with Bridgette Monet) teamed with his Sorority Sweethearts (1984, with Lisa De Leeuw).