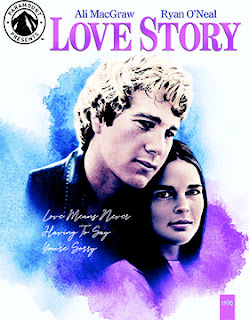 When you are the head of a studio, what is a cool “gift” that you can buy your girlfriend?   In the case of the legendary Robert Evans, — as head of production for Paramount Pictures — he went out and acquired Erich Segal’s script, Love Story, and gave his girlfriend the starring role of Jenny.  Of course, that would be Ali MacGraw … they got married just before production began.

Paramount Home Media announced this past week that Love Story is getting a new 4K film restoration and will be joining the studio’s popular “Paramount Presents” line of Blu-ray products on Feb. 09.   Just in time for Valentine’s Day!

With the script in hand and MacGraw in place, Evans needed an Oliver Barrett, IV and the likes of Jon Voight, Christopher Walken, Michael York and Beau Bridges were all considered, but we all know that it would end up being Ryan O’Neal.

One of the oddities about the film is that almost a year before Love Story was in production, scriptwriter Erich Segal took his script and converted it into book form and also serialized it for the “Ladies Home Journal.”   One month before the film opened, his novel went into paperback circulation and sold nearly five million copies … it is no wonder that it was such a theatrical hit when it opened during the Christmas holiday period in 1970. 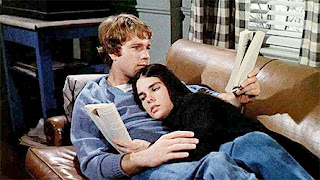 Love Story would be nominated for Best Picture, Best Director (Arthur Hiller, his only nomination … other films he directed: The Out of Towners, The Hospital, Silver Streak, Tobruk, etc.), Best Actor, Best Actress, Best Supporting Actor (John Marley) and Erich Segal got a Best Original Screenplay Oscar nomination … ironically, all six of these individuals were nominated for Love Story, one of the post profitable films ever produced, but never received another Oscar nomination for anything else they either directed or acted in.

As to bonus goodies, there is commentary with director Arthur Hiller, an introduction by Ben Mankiewicz, the featurette titled “Love Story: A Classic Remembered” and the newly prepared feature titled “Filmmaker Focus with Film Historian Leonard Maltin.” 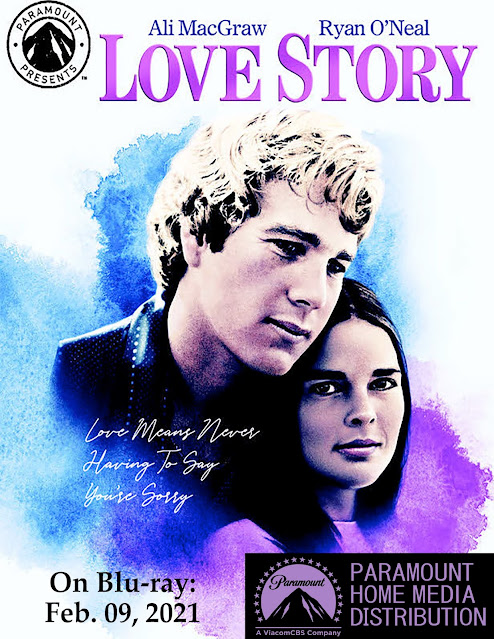